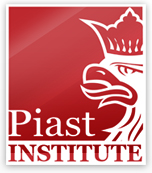 Hamtramck, MI - The Polish American Congress has launched a national campaign to call attention to the failure to include the ancestry question as part of the Census 2010. The plan devised by Michael Blichasz of the Eastern Pennsylvania Division of the PAC has been officially endorsed by the PAC national leadership. The omission of the ancestry question deprives Polish Americans of the possibility of registering their Polish ancestry on the 2010 Census form.  The PAC is asking Polish Americans to check White in the racial category and then write in Polish or Polish American next to the entry. In the space next to the Some Other Race (SOR) response choice in the same question it is urging Polish Americans to write in their ancestry again as a way of indicating to the Census Bureau and ultimately to the U.S. Congress how strongly they feel about being enumerated by ancestry as part of the 2010 Census.

Dr Thaddeus C. Radzilowski, President of the Piast Institute, points out that the plan has considerable merit as a demonstration of the Polish Community’s dissatisfaction with the removal of the Ancestry Question from the 2010 Census, since it is being done in conjunction with the effort of other groups who are also denied the right to designate their ancestry on this Census. The Piast Institute sponsors the only official Census Information Center (CIC) in the country designated by the Census Bureau to serve the data and demographic research needs of the Polish American Community in the United States, For this protest demonstration to be successful, the Polish Community must also see this effort as part of a long term strategy that keeps the issue alive over the next decade, according to Dr. Radzilowski.

The Piast Institute points out that a similar strategy is being urged by groups that represent Arab Americans, Persian (Iranian) Americans, Turkish Americans, Italian Americans and others who are counted as “White” by the census.  The strategy is also being used by Caribbean and Sub-Saharan African populations who are subsumed under the category “Black, African American or Negro”.

Dr Radzilowski notes that Whites and Blacks are the two groups which do not have an opportunity to identify an ancestry, ethnicity or national origin on the 2010 Census.  The Asian category allows for the identification of national origin of the respondent. American Indians and Alaskan Natives are given an opportunity to name a tribal affiliation.  In the separate question that asks about Hispanic ethnicity those of Hispanic origin can also choose their country of ancestry. It should be noted that the majority of those who identify as “Hispanic” will indicate “White” as their race on the racial question.

What will happen to the answers that specify a certain ethnicity on the SOR question or are added to amplify the answer “White”?  The Census Bureau will tabulate but not publish them as part of the official census report.  However, after the official census count is reported to the President in December 2010 and to the Congress and Senate in April 2011 the figures will be available by request as a “special tabulation”.  The Piast Institute along with organizations representing other groups has urged the Census Bureau to speed up the release of that data as soon as possible. It will request the results for Polish Americans and others at that time.

“This has to be a united effort if we are to succeed”, says Dr. Radzilowski. ‘What is important is not how many people will check “Polish” or “Arab” or “Angolan” since in almost all cases only a minority of the members of any group will be mobilized to make the effort to write in their ethnicity or ancestry in response to the question on Race, but how many groups across the multi-cultural spectrum of our society will do it.  That, more than anything else, will have an impact on Congress.  Congress is not going to address the issue if it is of interest only to one or two groups. It has to be a national effort by Americans of all ethnicities.”

This initiative, however, will only be a long forgotten curiosity by 2010 if we end at the write in campaign, Radzilowski points out.  What the Polish community needs to do, therefore, is to support a long-term effort with an ongoing campaign year after year, in cooperation with other groups who share our interest, to impress Congress and the Census Bureau of the importance of counting the ancestries of the American people on the next biennial Census not only because it is fair to treat all groups the same, but also because without this information we do not have a true and accurate picture of who we are as a nation.

Finally, for Polish Americans as for the other groups, this is important because it gives us visibility and a strong official recognition by the government of our existence. The collection of accurate data about us helps to legitimate our existence to our fellow Americans.  If we let ourselves become only “White” we will be on the way to extinction.

The Census Bureau will continue to ask the ancestry question on its rolling three year samples of the country called theAmerican Community Survey but these will not be as accurate as the biennial census nor will they have the same visibility or impact.

The Piast Institute has been involved in this effort for several years.  We are the Polish member of the Working Group on Ancestry and have spoken out for the interests of Polish Americans in regional and national meetings with the Census Bureau to the full extent of our resources and abilities.

As an official United States Census Information Center (CIC), the Piast Institute receives training and access the complete product line of census data from the Census Bureau, but we support our day to day work for Polonia only through our own resources which are raised primarily through donations and contracts for research.

For more information on the Census and the Work of the Piast institute CIC write or call Ms Virginia Skrzyniarz, Executive Vice President at 1-313-733-4535 or skrzyniarz@piastinstitute.org