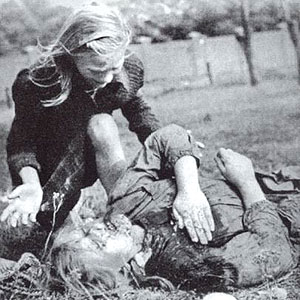 Most Americans would likely say World War II began when the Japanese attacked Pearl Harbor in 1941. In fact, however, the official date was two years earlier on September 1, 1939.

In New York City, the Polish American Congress remembers the September 1st invasion of Poland each year with a solemn commemorative mass at St. Stanislaus Bishop & Martyr Church at 101 East Seventh Street in downtown Manhattan. Established in
1872, it is the first and oldest church serving the Polish immigrants in the city. The observance this year will be held on the Sunday prior to the official date. The memorial mass will begin at 12:00 noon on Sunday, August 27, followed by a reception at 1:00 p.m. at the church’s lower level. The public is invited.

Ten days before he ordered his panzer divisions to invade Poland on that early September morning, Hitler gave his generals a chilling directive on how the “superior” Germans should deal with the “inferior” Polish people when they take over the country. Translated from German and displayed on the wall at the entrance to the Poland exhibit at the U.S. Holocaust Memorial Museum in Washington, DC are Hitler’s words of hate: “… send to death mercilessly and without compassion, men, women and children of Polish derivation and language. Only then shall we gain the living space (Lebensraum) which we need.”

Michael Preisler, a Polish Catholic survivor of Auschwitz, was in Poland in 1939 and experienced the full impact of Hitler’s diabolical command. “The Germans created a new kind of war for Poland. Instead of army fighting army, the Germans started killing innocent civilians the moment they arrived,” he said. Preisler is presently co-chair of the Holocaust Documentation Committee of the Polish American Congress. He was only a teenager when he first witnessed how “bloodthirsty and barbaric” the Nazis showed themselves. Preisler had several narrow escapes from death during the German occupation. One he remembers vividly took place shortly after the invasion when he and other Polish refugees were on the country roads desperately fleeing eastward away from the Germans. A German fighter plane suddenly swooped down from the sky and opened up its machine guns on the helpless line of terrified marchers. Only by running and jumping into an adjacent potato field and hiding underneath was Preisler able to avoid the bullets. “The plane came down so low to shoot at us, I could even see the cruel face of that German pilot who looked like he was trying to kill us just for the fun of it,” he said.

Shortly after the Germans began their savage destruction of Poland that September, Communist forces from the Soviet Union joined the Nazis and invaded the country from the east. Although World War II officially ended in 1945 with the surrender of Nazi Germany, there was no such termination of it for Poland. Communist armed forces of the Soviet Union remained in the country to back up an oppressive atheistic system which replaced the German reign of terror with one of their own. Only after the fall of Communism in 1989 could the Polish people consider their ordeal as really over. For this reason, many Poles regard World War II as their nation’s “Fifty-Year War.”

In human terms, the war was a costly one for every nation involved. It was the costliest for Poland which saw 22% of its population
killed. Six million Polish citizens perished – three million Polish Christians and three million Polish Jews. Participating in the anniversary commemoration at the East 7 th Street church will be concentration camp survivors, veterans of the Polish army who fought the Nazis, as well as former members of Poland’s Home Army ( Armia Krajowa ), the largest and most effective underground resistance group in all German-occupied Europe. Most of them are members of the Polish American Congress.