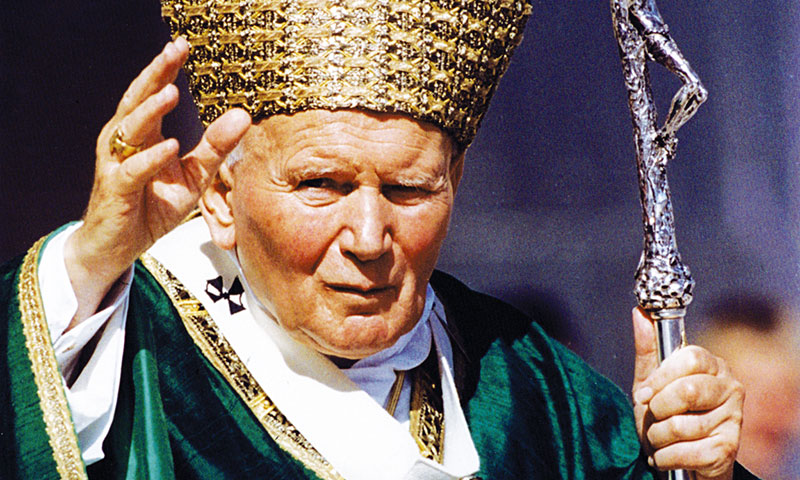 Sunday, April 2, 2006, at 2:30 P.M. in the afternoon, the Polish American Congress, Eastern Pennsylvania District, gathered with its member organizations and Polonia for a community-wide Memorial Mass at St. Adalbert Church, Thompson Street and Allegheny Avenue in Philadelphia to mark the First Anniversary of the death of Pope John Paul The Great .

I want to compliment Msgr. Francis Feret, the Pastor of St. Adalbert’s Parish and Vice Chaplin of the Polish American Congress, who celebrated the Memorial Mass. 1,500 people gathered for this First Anniversary Memorial Mass to remember Pope John Paul The Great, the Holy Father of the Catholic Church for almost 27 years, well-respected world leader and proud son of Poland.

Fr. Thaddeus Gorka was the homilist and the congregation, lead by the children of St. Adalbert’s Polish Language School, under the direction of Maria Koleda, with Jerry Ossowski as organist, sang hymns enjoyed by Pope John Paul II during his life.

A new portrait of Pope John Paul The Great was unveiled in St. Adalbert’s Church which was painted by a parishioner of St. Adalbert’s Parish, Mrs. Zenia Konik.

I want to thank our friends in the the Philadelphia area news media, the local newspapers and radio programs, TV stations 3, 6, 10, 29 and 17 for their coverage and the Philadelphia Inquirer for printing a full color photo of the Pope John Paul’s portrait by Zenia Konik on the front page, with additional photos inside the newspaper. People also told me how impressed they were with the national News Media coverage, and CNN, who broadcast highlights of the life and times of Pope John Paul The Great.

There are also a few photos of the Memorial Mass in the April edition of the Polish American News, and a report on the front page of Congress’s Internet site at: PolishAmericanCongress.com

To all who participated, a sincere Thank You.