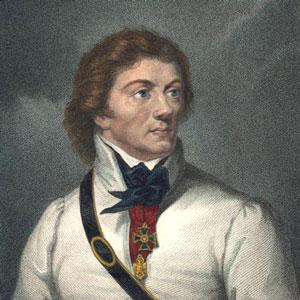 Every year, millions of New Yorkers travel over the Kosciuszko Bridge between Brooklyn and Queens and the twin Kosciuszko bridges north of Albany.

Yet few know anything of the hero these structures were named after. This is a shame, because General Tadeusz Kosciuszko played a major role in the American Revolution, right here in New York. Kosciuszko and his troops built West Point and maintained the huge chain across the Hudson River that kept British ships from sailing up the Hudson and dividing the colonies in half. His decision for the
Continental Army to make a stand at Bemis Heights against the British proved crucial during the Battle of Saratoga, the turning point of the American Revolution.

New York's students learn about France's Marquis de Lafayette and Germany's Baron Von Steuben, but not about Kosciuszko, who arrived in Philadelphia in August 1776 to join our cause.

In 2005, former Governor Pataki and the Legislature created the Amistad Commission to evaluate the textbooks used in public schools to ensure that slavery is adequately taught about in New York. It is significant that students learn about America's original sin, the horrible slave trade conducted by our Founding Fathers. Albany has also charged the Education Department with ensuring that New York's curriculums include lessons about the Irish potato famine. Some have criticized this as legislative meddling, but government should instruct its schools to teach important history excluded from textbooks.

After Kosciuszko built fortifications along the Delaware River in Philadelphia, he was sent upstate to Fort Ticonderoga, where he
suggested that a cannon be placed on Sugar Loaf Hill, overlooking the fort. His idea was dismissed as unrealistic. When the British came down from Canada to attack the Ticonderoga, their first move was to place a cannon atop the hill and aim it at the fort. The colonists were forced to retreat south toward Albany. When they arrived near Saratoga, the Continental Army asked Kosciuszko where to put the cannons.

After building West Point, Kosciuszko led troops in battle against the British in the Southern colonies. His character was so honorable that he shared his own rations with the British soldiers he captured. After the surrender of a British general, George Cornwallis, at Yorktown, Kosciuszko was promoted to brigadier general and awarded the order of Cincinnatus by General George Washington.

The father of our country called Kosciuszko "a gentleman of science and merit. From the character I have had of him, he is deserving of notice." The Polish general was present at Fraunces Tavern in Lower Manhattan when Washington bid farewell to his officers.

While fighting in the South, Kosciuszko witnessed the injustice of slavery. He became close friends with Thomas Jefferson, whom he made the executor of his will. Kosciuszko instructed Jefferson to use his earnings as an officer in the Continental Army to purchase slaves, free them, and buy them land they could farm.

Later, Kosciuszko returned to his native Poland, where he led an uprising to free the serfs, indentured servants who belonged to the land they farmed. When he learned Jews were not allowed to fight in European armies, he enlisted the help of Colonel Berek Joselewicz and encouraged him to start the first Jewish battalion since biblical times to fight as an organized army. Their vision of freedom was destroyed by Czarina Catherine the Great and her Russian army.

Upon returning to America, Kosciuszko was outraged by the treatment of American Indians. After he spoke out for them in Philadelphia, he was visited by Chief Little Turtle of the Miami tribe, who brought him a tomahawk as a sign of appreciation. Kosciuszko gave the chief his eyeglasses, his jacket, and a pair of pistols and instructed the Native American leader to use these against "the first man who ever comes to subjugate you!"

And when the American government gave him a gift of 500 acres in Ohio, he asked that the land be sold to establish a school for freed African slaves. Kosciuszko embodied the principles of freedom and tolerance this nation was founded on. Jefferson, the author of the Declaration of Independence, wrote of Kosciuszko, "He is as pure a son of liberty as I have ever known and of that liberty which is to go to all and not to the few or rich alone."

If Kosciuszko is worthy of having statues and monuments erected in his honor at West Point, Saratoga, Yonkers, and across the street from the White House, surely students in New York should learn of his contribution to their freedom. As George Washington said, "He is deserving of notice."

By ALEX STOROZYNSKI
Staff Reporter of the Sun