Member and National Director of the Polish American Congress, Mrs. Maria Mirecka-Loryś Died at the Age of 106 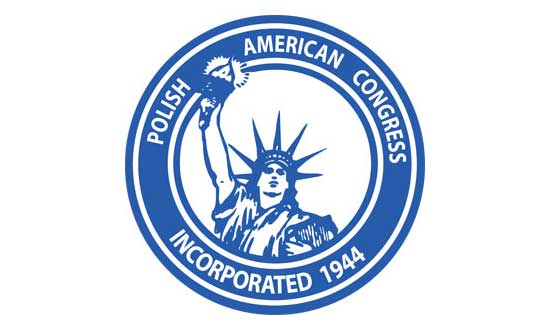 Successful fundraising was among her numerous achievements as a Polish American Congress National Director and key member of the Illinois Division. Most recently, Mrs. Mirecka-Loryś played a key role in fundraising to support freedom for Belarus. Her many good works were guided by her conviction that America and Poland are partners in freedom.

During World War II, in Nazi German occupied Poland, Mrs. Mirecka-Loryś was a combatant in the underground National Military Organization.  She served as Commander-in-Chief of the Women’s National Military Union in the Rzeszow region.  Marta was her nom de guerre in the Polish Resistance.

After the war, she was persecuted by the communists who seized power in Poland and emigrated to the United States where, she was a member of the Union of Polish Women in America, and an ardent supporter of the Polish Museum of America in Chicago.

Her family history closely is linked with Poland’s struggle during World War II. Mrs. Mirecka-Loryś continued her activism in working for Poland’s freedom after the war by holding leadership positions in political and charitable organizations. Mrs. Mirecki-Loryś is survived by: her son Jan, who is a historian at the Polish Museum of America in Chicago, her daughter Ewa, and her brother Tadeusz “Ted” Mirecki, a long serving president of the Washington Metro Division of Polish American Congress.

Mrs. Mirecka-Loryś was the recipient of numerous prestigious Polish Government awards. She was awarded The Commander’s Cross of the Order of Polonia Restituta (Krzyżem Komandorskim Orderu Odrodzenia Polski) by President Lech Kaczyński in 2006, and in 2016 President Andrzej Duda awarded her the Star of the Order of Polonia Restituta (Gwiazda Orderu Odrodzenia Polski).

Mrs. Maria Mirecka- Loryś’s exemplary career over her lifetime demonstrates her commitment to freedom and democracy.  She certainly will be missed, our condolences to the family and friends.

HONOR TO HER MEMORY