The Polish American Congress has Raised over $230,000 in "Polonia for Ukraine" Campaign 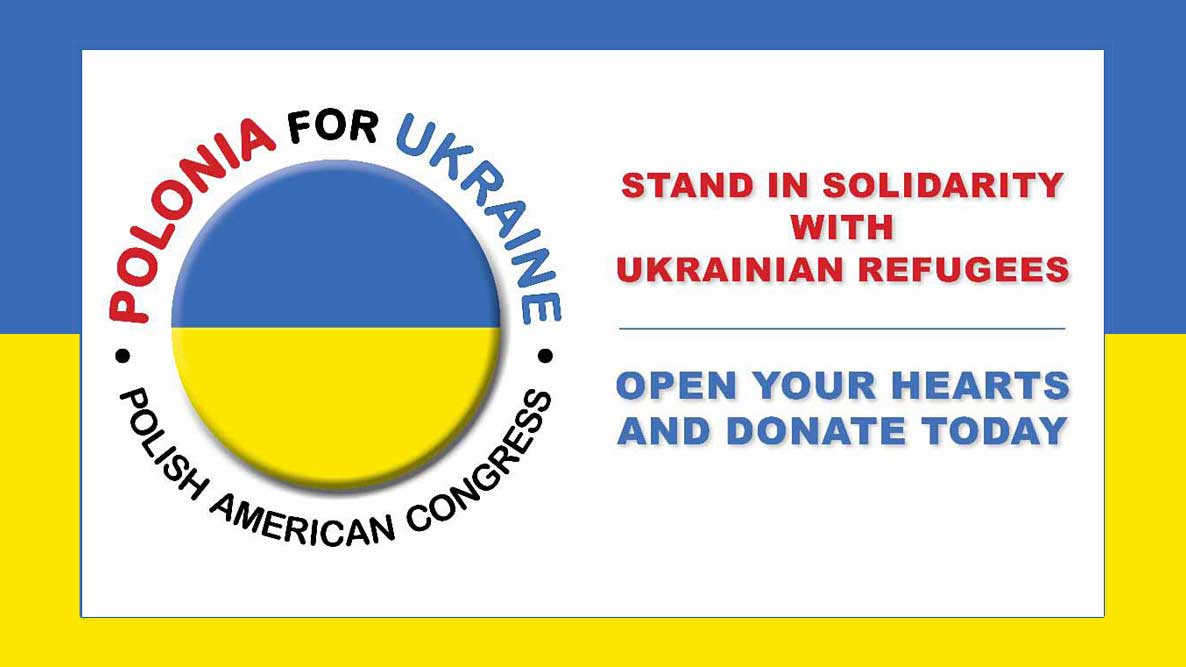 "Polonia for Ukraine" Phase I campaign will close on April 15th - So Donate Today! The Polish American Congress has raised over $230,000 during the PAC "Polonia for Ukraine" campaign. Donations will be distributed for medical needs for citizens in Ukraine and refugee needs in Poland.

The Polish American Congress has already presented $115,000 to the Ukrainian Congress Committee of America. The other half of the $230,000 raised will soon be given to the Polish Red Cross. As the war continues, and the needs do as well, a second fundraising effort will begin. Look for information regarding Phase II in the near future.

We thank all organizations and individuals who have opened their hearts and donated to our campaign. We are also grateful to donors who may not be Polish American or of Polish descent who made contributions. Together we have shown the spirit of solidarity with Ukrainian refugees.

There is still time to donate before this fundraiser closes on April 15, 2022. It takes less than three minutes, so don't wait and take action now by clicking on the image below.