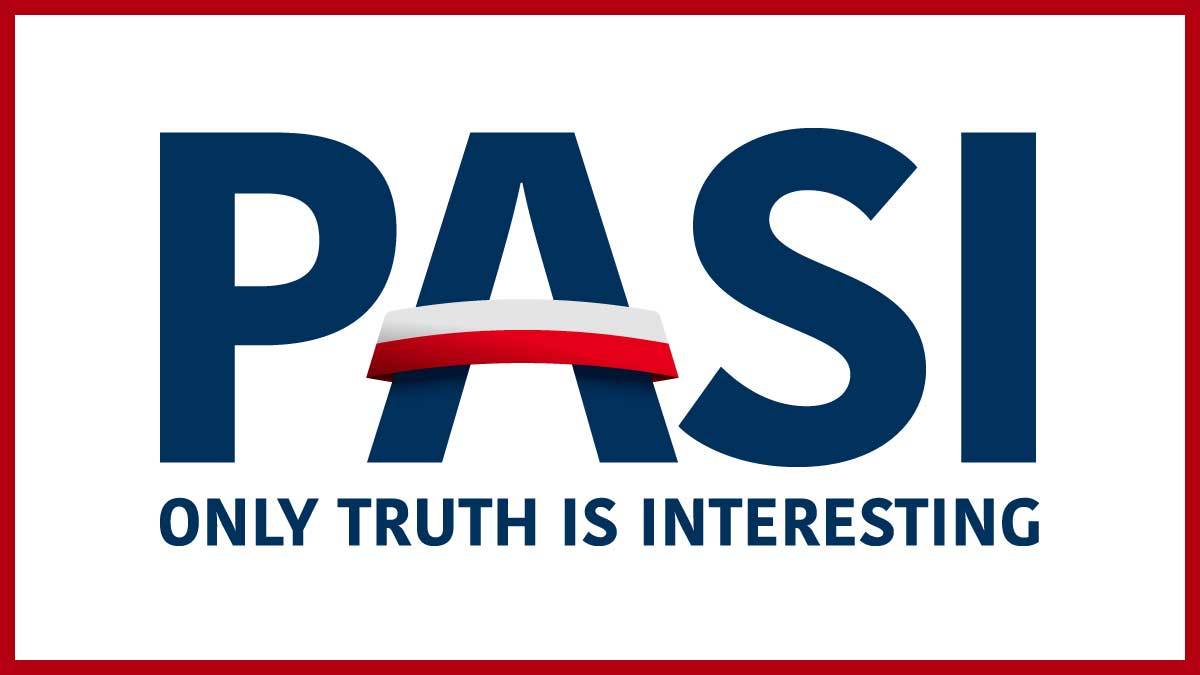 Letter of Polish American Organizations to the US Congress. Have your organization become a signatory of the enclosed letter! Please join us! Call me at 310-291-2681 or send me an email at president@joinpasi.org

As a coalition of Polish American organizations nationwide, we wish to inform you of our position on the comic book MAUS, which the McMinn County School Board in Tennessee recently removed from its curriculum because of violence, inappropriate language, and nudity. We applaud the decision; however, we wish to point out five additional, essential reasons that justify the book's removal from school curricula in the United States.

First, the book is not ethica nation. In The Norton Anthology of American Literature, editors Jerome Klinkowitz and Patricia B. Wallace describe Spiegelman's representation of Poles as pigs as "a calculated insult" againsally suitable for educational instruction. Ethical writing requires accurate and unbiased accounts; however, MAUS is a historically inaccurate expression of the author's prejudice against Poles as t Poles. Pigs in popular culture are viewed as disgusting, filthy animals, while in Jewish culture, pigs and pork are unclean in a way that other animals are not. MAUS employs the same imagery of Poles found in Nazi propaganda, where they were routinely referred to as "Polish pigs." The highly offensive depiction of Poles as "pigs", with all the derisive and racist connotations, forms a mental image that cannot be easily erased from the impressionable minds of young students whose knowledge of World War II history and the genocide perpetrated against Poles by the German and Soviet occupiers is minimal at best.

Second, the book is not suitable as a historical account because it falsifies the facts through distortions and material omissions. Poles are portrayed as Nazi sympathizers, which was never the case. Civil resistance among Poles was universal and the underground Home Army fought the Germans at every turn. Unlike other German-occupied and Axis-allied countries, Poles never formed a collaborationist government, never formed a militia to round up or execute Jews, and never formed SS units. Spiegelman portrays all Auschwitz kapos as Poles, which is complete fiction as there are many eyewitness testimonies by Auschwitz Jews who detail the cruelties inflicted on them by Jewish kapos. He omits the fact that only in Poland those helping Jews, in any way, faced the death penalty together with immediate family. Instead, Poles helping Jews are depicted as greedy and deceitful. Spiegelman also omits the fact that the Germans often relied on Jewish Gestapo agents to hunt down Jewish ghetto escapees. This role is assigned exclusively to Poles, which is egregiously false.

Third, the book is not suitable from an educational perspective because few readers, especially elementary and high school students, have enough historical knowledge to recognize the falsified depiction of Poles. To have educational value, the treatment of historical context must strive for accuracy and objectivity. Hitler's attempted destruction of Europe's Jews is a historical event that is rightly considered an important historical topic. However, it is essential that other national groups who were subjected to German genocidal policies are presented fairly. Although Hitler's policy for European Jews was comprehensive genocide, his policy for Poles was also comprehensive genocide but over a longer time period. As historian Richard C. Lukas describes in his book Forgotten Holocaust, the secret protocol in the 1939 German-Soviet nonaggression pact prescribed the destruction of the Polish people and the annihilation of the Polish state. Polish deaths during World War II were proportionately by far the greatest of any nation participating in the war. For Poland, the deaths of Poles and Polish Jews was a double holocaust.

Fourth, MAUS does not teach students about the complexities of the Holocaust but instead falsifies and oversimplifies them. The reality is that neither students nor their teachers possess the necessary tools to assess the book's flaws properly. For example, the portrayal of Poles contains serious falsehoods and misrepresentations regarding their alleged role in the Holocaust. Such rewriting of history is deplorable and unacceptable by any standard. The notion that teachers can and will expose the author's biases and misrepresentations is doubtful. Since there is a choice of educational materials that may be used to teach a factual history of World War II and the Holocaust, it is imperative to choose books that are historically accurate and respectful of all the victims of Hitler's genocidal policies. By contrast, MAUS clearly cannot be treated as an accurate historical record. Nevertheless, after Pulitzer Prize jurors designated the book in 1992 as nonfiction and gave it the Special Award in Letters, it wrongly continues to be considered as such.

Fifth, school children of Polish background who are required to study this book justifiably feel that their identity and cultural heritage has been diminished and are understandably humiliated by this experience. One should be aware that grandparents of these children may have been inmates of German concentration and death camps. Their family members may have been tortured, executed, forced to work as slave laborers, or subjected to medical experiments. Portraying Poles as a nation of pigs is egregiously offensive and constitutes willful harm to the memory of millions of Poles who died at the hands of the Germans. The victims of the Germans' premeditated genocide included many: Jews, Poles, Russians and Roma. Choosing a book that addresses Hitler's genocidal policies and respects the memory of all those who perished is necessary for advancing students' knowledge and understanding of this important historical subject. The purpose of education is not to distort the facts and cause distress and division among students.

Our opinion is that MAUS is unsuitable and unacceptable as a teaching material. Spiegelman's comic book falsifies history and deeply offends on many levels. No book in any school curriculum targets another group for derision in this way; it is abusive and psychologically damaging. The bigoted stereotype of Poles should have no place in education. Spiegelman's Polonophobic slurs, falsely considered a work of historical nonfiction, should be promptly and permanently removed from school curricula and school libraries. No child should be forced to study a book that treats his or her national group or community in the dishonest and prejudiced way that Poles are portrayed in MAUS.

Depiction of the entire Polish ethnic group as pigs offends the people of Polish descent and is racist in its nature. Title VI, 42 U.S.C. 2000d et seq., prohibits discrimination based on race, color, and national origin in programs and activities receiving federal financial assistance. The use of MAUS – a prime example of anti-Polish hate speech – as educational material constitutes discrimination and abuse of Polish American students. It forces them not only to study biased educational materials but also imposes on them a bigoted stereotype of brutish, primitive, and dishonest "Polaks". Such treatment causes great pain and suffering to the youth of Polish descent and also subjects them to bullying. For many Polish American students forced to study MAUS, the psychological impact is traumatizing and, at a minimum, adversely affects their self-confidence and academic performance. Furthermore, the exclusion of materials that truthfully present all the victims of Hitler's genocidal policies is discriminatory and violates states' educational standards of historical accuracy.

We respectfully ask the Subcommittee to instruct the Department of Education and Department of Justice to send "Dear Colleague" letters to state directors of public education requiring them to instruct their local school districts that the use of MAUS should be promptly discontinued. We further ask that the letters recommend using World War II educational materials that are historically accurate and address all victims of Hitler's genocidal policies.