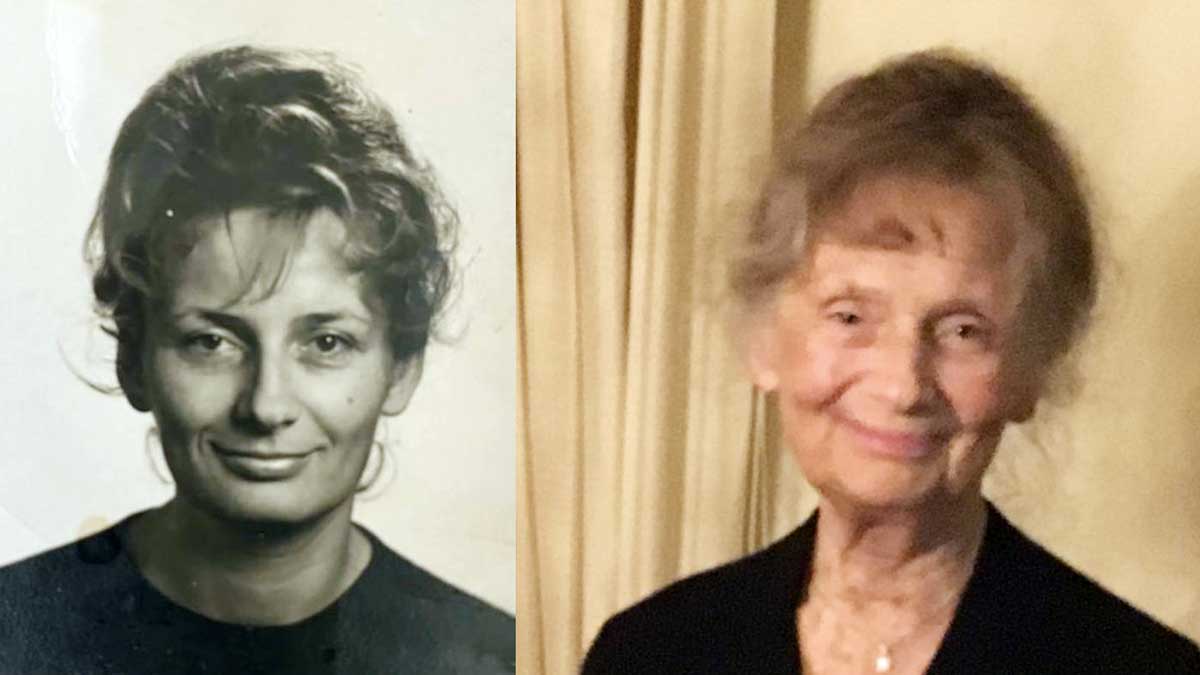 Maria Michejda, M.D., D.Sc., 84, succumbed to complications from long-term illness August 13, in Washington, D.C. A loving mother, grandmother, wife and friend to many, Maria was also a distinguished research scientist, author and holder of patents in her multi-decade career. Her work, still unfinished, included principally groundbreaking stem cell research at the International Center for Interdisciplinary Studies of Immunology, Georgetown University Medical Center. She was also affiliated with New York University School of Medicine, National Cancer Institute (NCI) and a member of National Advisory Child Health and Human Development Council at the National Institutes of Health.

She was a founding member of the International Fetal Medicine and Surgery Society, and was the founding editor of Fetal Diagnosis and Therapy journal. As a recognized authority she was also part of a Vatican scientific advisory commission, Pontificia Academia pro Vita, presenting ethics of fetal medicine and stem cell transplantation. Maria was a co-founder and President of the Polish American Health Association. She had earlier collaborated with her late husband Dr. Christopher J. Michejda in a significant portion of her work while, as a physician scientist, also being part of the women's pioneer generation in medical research. She was a recipient of five international medals in this connection.

Maria was notable in her kind character and her elegance and aplomb were instantly recognizable. She was well known in a society circle which defined Washington Polonia for decades, and was a stalwart exponent of the expression of Polish ethnicity and Polish American affairs in general. That extended naturally into the political arena. Together with her husband, she played a key supporting role in the very critical early stage of the initiative launching a coherent, effective political action movement in the 1990s related to Poland's eventual entry into NATO, a geo-political watershed of a generation for her native Poland.

Over a decade earlier, Maria directly participated in the Georgetown University-based initiative to support Poland in the Solidarity/Martial Law period – work which provided both material support and important public visibility of émigré sentiment in this country concerning the re-emergence of Poland as a normal, post-communist society. Maria was the recipient of Poland's official Order of Merit in recognition of this. As a recent arrival in the 1960s, she had embraced the American idealism of the John F. Kennedy era, a perspective she held all her life.

Her husband’s epitaph states that he represented the gold standard of leadership in the Polish American community — nothing short of the same judgment applies to Maria as they were an inseparable team in this and many other aspects. She is dearly missed.

A memorial mass will be held August 28, at 11 a.m. at Lady of Mercy Catholic Church, 9200 Kentsdale Dr., Potomac, MD with a reception immediately following the service from 12-2 p.m.

Maria Michejda obtained her medical training (MD) at the Medical Academy of Gdansk, Poland and followed that with a thesis toward a Doctor of Medical Sciences at the Medical Academy of Jagiellonian University in Krakow. Shortly after that she left Poland for Norway, and then Denmark, followed by a fellowship at the West German School of Medicine in Dusseldorf to continue her research on genetic factors in pediatric dysmorphism, where she received her Doctorate of Science (D.Sc.,).

She came to the United States on a Norwegian-Fulbright fellowship to the University of Rochester’s School of Medicine and Dentistry, and then completed her fellowship at Harvard. Following a very productive time at Harvard, she married and moved to Lincoln, Nebraska, where she conducted an important phase of her scholarly work, namely comparative studies of the skeletal development. During this time, she also taught anatomy at the School of Dentistry.

She then joined the faculty of the Department of Pediatrics at the Medical School in Omaha and during that time took a sabbatical leave at the Kinderspital in Zurich. In Switzerland, she worked with professors Prader and Fanconi on Downs Syndrome in children. This work reinforced her interest in genetic and congenital defects in children.

In 1975, Maria Michejda moved to the NIH in Bethesda, Maryland initially to continue her comparative studies on skeletal development, which culminated in the publication of a radiographic atlas on the ontogenic development of the hand and wrist in monkeys and in man from the fetal stage to adulthood .This book, is still the standard work in the field in comparative growth development.

She then moved to the Pregnancy Research Branch of NICHD, where she carried out pioneering research on the surgical correction of congenital defects, particularly NTD in the fetus. The experimental work was carried out in rhesus monkeys and in baboons, and allowed the first ever description of safe methods for the partial exterioration of the fetus for surgical purposes (the open technique), which provided the basis for the in utero correction of fetal defects including spina bifida and hydrocephalus. This novel therapy is now utilized in the Centers for Fetal Therapy.

This work was honored by an international award, the Casey Holter Medal, and the open technique for fetal surgery is widely accepted. During this time she also invented and patented a new hydrocephalic shunt.

The so-called Michejda-Wellner shunt is used in severely affected fetuses with excellent outcomes.

In 1983, Maria Michejda was invited to join the faculty as a Associate Professor at Georgetown Medical School, initially to the Department of OB/GYN, and then to the International Center for Interdisciplinary Studies of Immunology. There she developed her current abiding interest in fetal stem cell transplantation, and has pioneered the use of fetal hematopoietic and stromal stem cells derived from spontaneously aborted fetuses.

Her nearly 20 year experience in transplantation research and in stem cell biology, couples with the severe shortage of transplantable stem cells has led her to establish first fetal hematopoietic and stromal stem cell bank, funded by NIH, where all of the tissue are derived from second trimester spontaneously aborted fetuses. She was awarded a US patent for new sources of fetal stem cells, their cryopreservation and utilization methods. She also founded American Cellular Therapies, a non-profit foundation dedicated to the exploitation and utilization of fetal stem cells derived from miscarriages for new treatments of various blood diseases/malignancies, immune-deficiencies and some genetic diseases in children. She was the President of this organization.

Maria Michejda has published over 100 refereed papers, over 200 abstracts, 4 chapters in different mono`graphs and a book. She was a founding member of the International Fetal Medicine and Surgery Society, and is the Founding Editor of Fetal Diagnosis and Therapy, the standard journal in the field. She was a Research Professor at the Department of Radiology at New York University Medical School as well a consultant (Senior Staff Associate) at the Immunology Center of Georgetown University School of Medicine.

She received her Doctor of Honoris Causae from the Warminsko-Mazurski and Silesia Medical Schools in Poland for her work and introduction of Fetal Medicine in Poland and new concepts in Regenerative Medicine.

She served as an advisor to a number of academic and government organizations, including the Dutch and German Parliaments.

She was a member of the National Advisory Council for the National Institute of Child Health and Human Development. She also served on a number of NIH study sections or committees dealing with fetal stem cell biology.

Dr. Michejda was invited to testify at the US Congressional hearing on stem cell biology and the US Senate hearing on therapeutic cloning.

She served as “ad hoc” member of the Pontifical Academy Pro Vitae for bioethics, and was an invited speaker at several Bishops Conferences in Dallas to discuss bioethics of xenotransplantation, fetal medicine, and stem cell transplantation.

She was a recipient of five international medals and two US patents.

Another example of promoting Polish issues was her concept and help in production of the CNN documentary on the Warsaw Uprising in 1944 "Warsaw Rising: The Forgotten Soldiers of World War II" . This was the first public TV broadcasting seen by over 30 million viewers on the truth of Poland’s historic fate, due to the catastrophic political manipulation of Western Allies and Soviet Union.

She was co-founder and two terms President of Polish American Health Association as well as two terms vice-president of the Federation of Polish Medical Organizations Abroad.