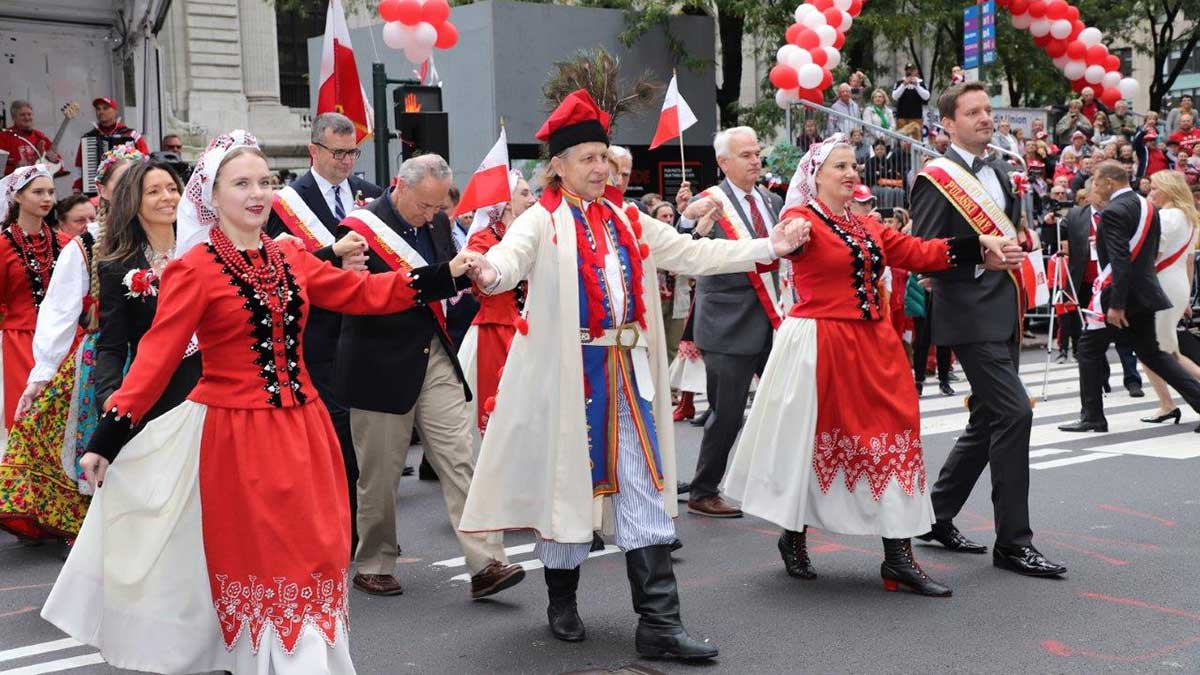 New York, NY - New York City’s Fifth Avenue will close Sunday, October 03rd, 2021, from 12:00 Noon to 6:00 PM as Polish-Americans join together in honor of Brigadier General Casimir Pulaski, hero of the American Revolutionary War who died at the battle of Savannah Georgia in October, 1779. The parade will step off from Fifth Avenue at 35th Street at 12:30 PM with the Honor Guard of the New York City Police and Fire Departments leading the way up 5th Avenue to 54th Street.

The Pulaski Parade Banquet this year will be held on Saturday, September 25th, 2021 at 6:00 PM in New York City’s Marriott Marquis located in the heart of Times Square.

President Richard D. Zawisny is extremely happy to announce there will be a Mass at St. Patrick’s Cathedral, Fifth Avenue, New York on October 3, 2021 at 9:00AM with many concelebrants.

The theme of the 84th Pulaski Day Parade in New York City is “Celebrating the 100th Birthday of Saint John Paul II”.

The Honorable Heidi Jadwiga Kopala of New Jersey is the 2021 Grand Marshal of the Quadstate Pulaski Parade and she will lead the contingents of New Jersey, New York State, Connecticut, Pennsylvania and surrounding areas up Fifth Avenue. She invites all to attend the Parade and all of the events in honor of the Polish born Hero American Revolutionary General.

- The Pulaski Day Parade has been celebrated on Fifth Avenue since 1937 and is the second longest active parade in New York City history and marches rain or sun - said The General Pulaski Memorial Parade Committee President Richard D. Zawisny.