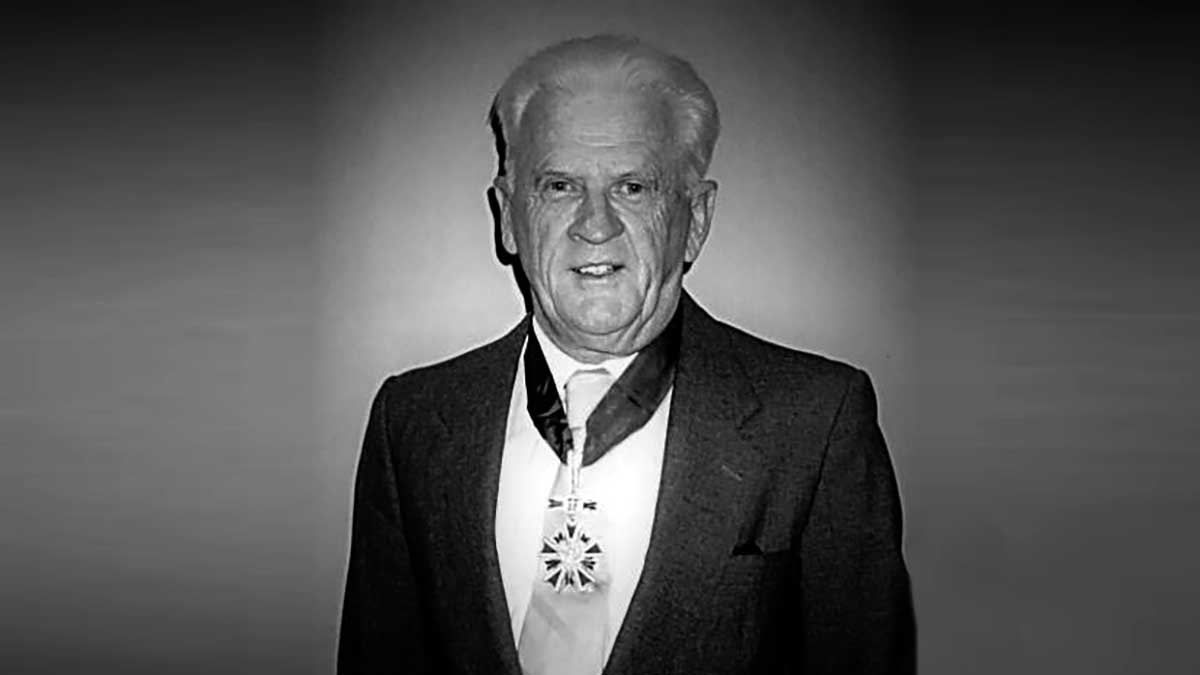 Teodor Polak was born in 1928 near Warsaw. In 1941, when he was 13 years old, he joined the Young Eagles (in Polish, "Orlęta"). The Young Eagles was the second-largest youth organization after the Polish Scouts. Part of their mission was teaching youngsters to defend their country. Like the Scouts, the Young Eagles took an active role in resisting the occupiers.

Ted served as a messenger (in Polish, "Łącznik") between commanders and units of the Polish Home Army. The Home Army, about 400,000 strong, was one the largest underground resistances in German-occupied Europe. Ted took part in the Warsaw Uprising in 1944 and was awarded the Cross of Valor and the Bronze Cross of Merit with Swords.

Ted attended the Warsaw Medical School and completed his surgical residency in 1956. In 1955, Ted married Maria. From 1956-1958 he held the position of assistant professor of surgery at the medical school and served as an advisor to the Polish Minister of Health. Ted and Maria emigrated to the U.S. in 1958. He did an internship at Grant Hospital in Chicago from 1959 to 1960 and from 1960 to 1963, he was a research surgeon at UCLA. Ted obtained his California medical license in 1963 and was a surgeon at the Kaiser Foundation Hospital in Panorama City, California from 1964 to 1965. Ted entered private practice in 1965 and performed general surgery until his retirement in 1992. Ted and Maria had two daughters, Ivona and Eva, and two granddaughters, Alexa, and Julia. All live in California.

In those days, much of the Committee's time was spent protesting against Polish ethnic jokes which were very popular. Young people could not admit to being Polish without getting a snicker and hearing the latest demeaning Polish jokes. The jokes were used in movies and TV programs. There were books of Polish jokes, and the jokes were even repeated in the classroom by some school teachers.

While the vast majority of Americans have heard of the Jewish Holocaust, few are aware of the Polish Genocide. If you told somebody that your grandfather died in Auschwitz, you heard, "Oh, I didn't know you were Jewish!" In 1987, Ted led the fight to add the Polish Genocide to the California Model Curriculum for Human Rights and Genocide. The first draft of the curriculum completely omitted the Poles. After over a year's worth of effort, the State Board of Education recognized the German murder of 3 million Polish Christians as genocide and added to the model curriculum a 2-page summary of the persecution of the Poles.

Another major effort of the Anti-Defamation Committee involved the term "Polish concentration camp," which regularly appeared in newspapers and other media. Thanks to Ted's efforts 30 years ago, The Los Angeles Times put an entry into its internal guide for reporters and editors. This entry warned against using "Polish concentration camps" and said the camps should be called "German concentration camps." This was the first known success of its kind. It was not until over 20 years later that the New York Times and the Associated Press updated their style guides to read "death camps in Nazi-occupied Poland."

In 1999, the Committee led the effort to have Polish victims included in the class action that was filed in the federal court in New York against the Swiss banks. The Swiss banks had profited from business with Germany during World War II. There were deposits of assets stolen from the victims of Nazi persecution and even loans to finance the construction of concentration camps. The security for such loans included property confiscated by the Germans from Polish landowners.

The class action was settled for $1.25 billion. Sadly, Polonia did not find out about the class action until the settlement was front-page news. The Committee's lawsuit to include the Poles as victims of the Germans was dismissed. The court ruled that the Poles were too late, but they could always file their own class action.

For his service as Chairman of the Polish American Defense Committee, Ted was honored with the Commander's Cross of the Order of Merit, which was bestowed by then-President of Poland, Lech Walesa. Ted resigned as Chairman of the Committee in 2014, having served as chairman for 38 years, a record unmatched in any such Polonia organization.

May he rest in peace.