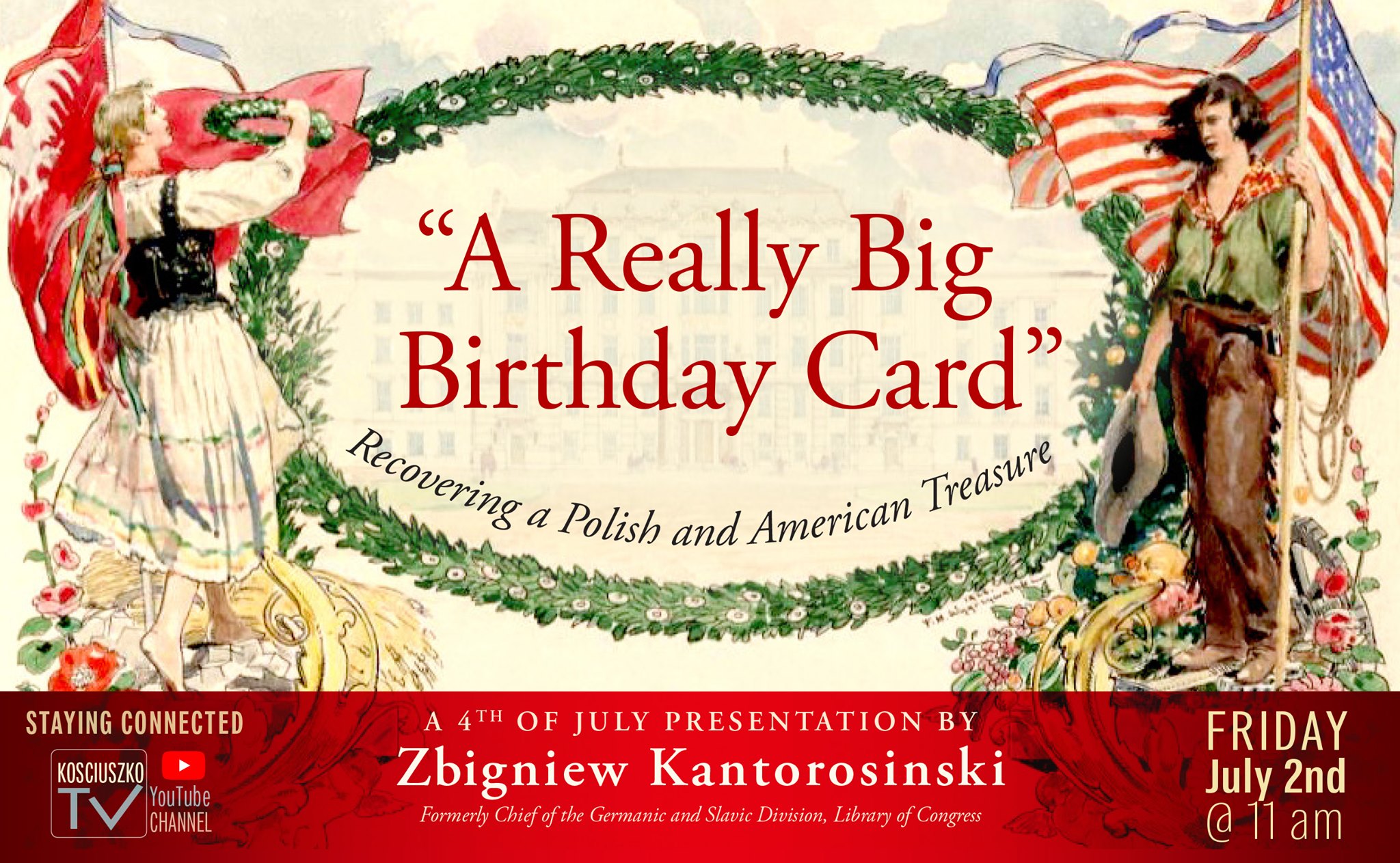 Recovering a Polish and American Treasure.

Please tune in on Friday, July 2nd at 11am to listen to a lecture by Zbigniew Kantorosinski about an unusual proof of friendship between Poland and the US as we celebrate America’s 244th Independence Day!

As America celebrates its 245th year of independence, let us remember another American birthday 95 years ago. It was the 150th , in 1926, the first "special year birthday" that the newly independent Poland could celebrate along with Americans. To mark the occasion, a congratulatory message signed by an estimated 5.5 million Poles on over 31,000 pages was presented to President Calvin Coolidge on October 14, 1926, as a testimonial of the gratitude and friendship of the Polish people for the United States.

The collection of bound volumes, officially called "Polish Declarations of Admiration and Friendship for the United States," contains not only signatures, but also drawings, fine art by contemporary Polish artists, decorative bindings, official seals, photographs of buildings, teachers and students as well as interesting calligraphy and dried flora. Because a presidential library system was not created until after Coolidge's administration, all the volumes were transferred that same year to the Library of Congress.

He will examine several of the volumes in the collection, highlighting certain pages, and conclude with a brief talk on how Kosciuszko TV viewers can access the collection online to either browse through the volumes or conduct a search for relatives who may have signed one of the bound sheets. Zbigniew believes that almost every family with Polish roots is represented by at least one signature in this extraordinary gift to America.