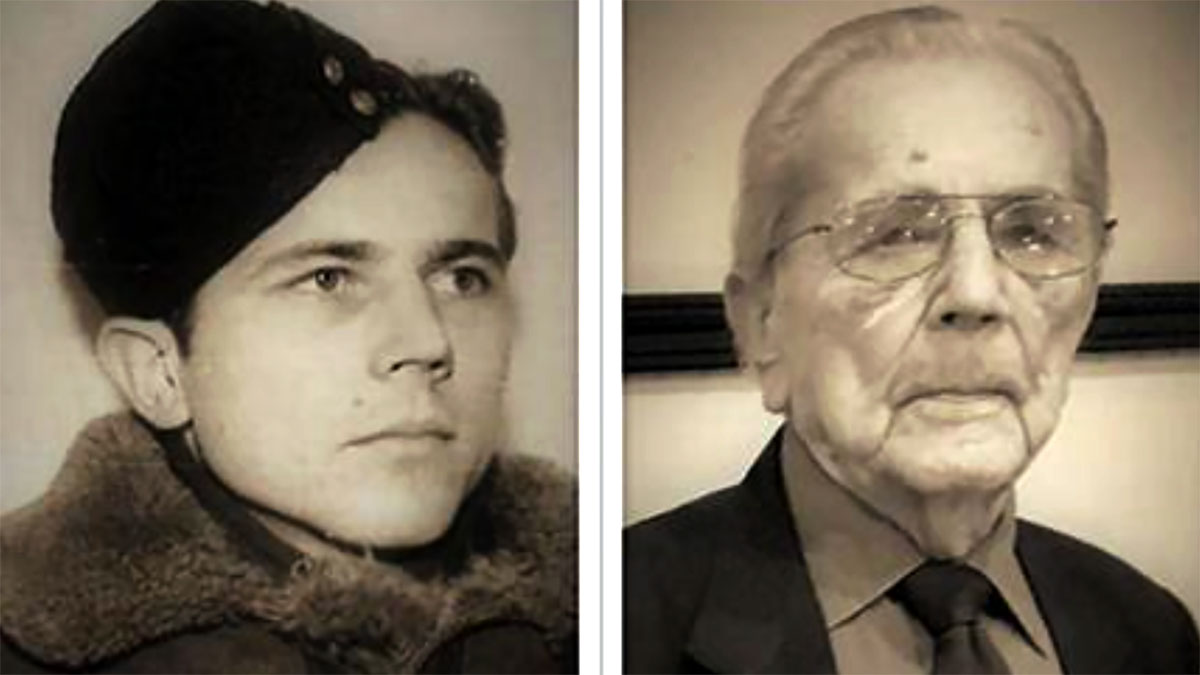 Until his death on May 27, Leon Waszak was among a handful of participants of the Second World War surviving into our times, giving testament to a generation that sacrificed themselves not only for Poland but for the freedom of others.

I am deeply saddened to inform You about the passing of Leon Waszak. On behalf of the Polish American Congress of Southern California, I share the deepest sympathies with the Waszak family. Our thoughts and prayers are with the family. Leon Waszak will be missed by the community. Leon Waszak - Rest In Peace!

Dear Members and Friends, we hope to see you this Saturday, June 26, 2021. The Funeral Services for Leon Waszak will start with a Mass at 10:00 AM at Our Lady of Bright Mount Church located at 3424 W. Adams Blvd in Los Angeles, CA 90018. The interment will take place at noon at Holy Cross Cemetary in Culver City. Reception at Polish Church Hall will follow at 1:00 PM.

Until his death on May 27, Leon Waszak was among a handful of participants of the Second World War surviving into our times, giving testament to a generation that sacrificed themselves not only for Poland but for the freedom of others.

Leon contributed by serving in the Polish Air Forces (based in England) during that conflict. He was receiving his training as a fighter pilot when the war came to a close in the Spring of 1945. His service in England, which began in 1944, continued until all Polish military formations in England were eventually disbanded in 1948.

During that time, he met his wife Kazimiera, who was also serving in the Polish Air Force; this led to their marriage soon afterward. After entering civilian life, they briefly lived in London before immigrating to the United States and Southern California, becoming a US citizen. He became a fixture locally as an active member of the Polish Air Force Association (Pacific Wing), a veteran’s organization for over 60 years, serving as its treasurer.

It might be interesting to know that his experience with the Polish Air Force was preceded by yet another exploit related to the World War. He joined a Polish Underground unit in 1943, which was active in Belgium and Northern France. Together with his father and brother, and supported by a few close friends, they operated behind enemy lines and contributed to the war effort, as did many Poles throughout Europe in one of the lesser-known (or more shadowy) episodes of the war. Indeed, it is part of the unsung history of Poles waging irregular warfare in countries other than their native Poland. We often hear about the rear-guard actions of the AK inside Poland, but very seldom of the dedicated Poles operating in other venues.

Although Leon was born in France, he was always a Polish national (French birth did not confer citizen status when he was born in 1926); hence his identity as a Pole was constant. When he enlisted in the Polish military in the city of Lille in October of 1944, he was accepted on that basis. Although Poland’s exile government based in London lost its support from the British government and other Western entities (the Polish Communist government was firmly in control back in the homeland), Leon’s service in the Air Force continued.

Technically under British high command, the Polish units operated independently of the regime in Poland until they eventually disbanded in 1948. During that time, he was kept busy, performing many tasks, including his assignment to a unit engaged in the disposal of old and unstable munitions. He suffered some burns from this when some munitions either exploded or were set off with gunpowder flashes. All in all, he still regarded his period of service as the best years of his life. Like many Poles serving in England, he chose to stay there rather than being repatriated back to Poland as many ex-military did during that time.

Years later, he would accompany the still alive members of the former Polish government-in-exile and a contingent of other invited veterans to witness a ceremony in front of the Tomb of the Unknown Soldier in Warsaw. The occasion was the return of the old military standards (regimental flags) to Poland after being kept away in exile, signifying recognition that Poland broke away with its Communist past.

Apart from his wartime experiences, he was known to his immediate family as a loving father, husband, and grandfather and is survived by his son Leon J. Waszak, his brother in Belgium Cesar, his grandchildren, Elizabeth Waszak, and Alexander Orechoff. He had recently mourned his only daughter Barbara who passed away in April of this year. Kazimiera, his wife of over 60 years, died in 2013.

His internment next to her on June 26 will reunite them in a shared place of rest at Holy Cross Cemetery, where many of their lifelong friends are also buried.