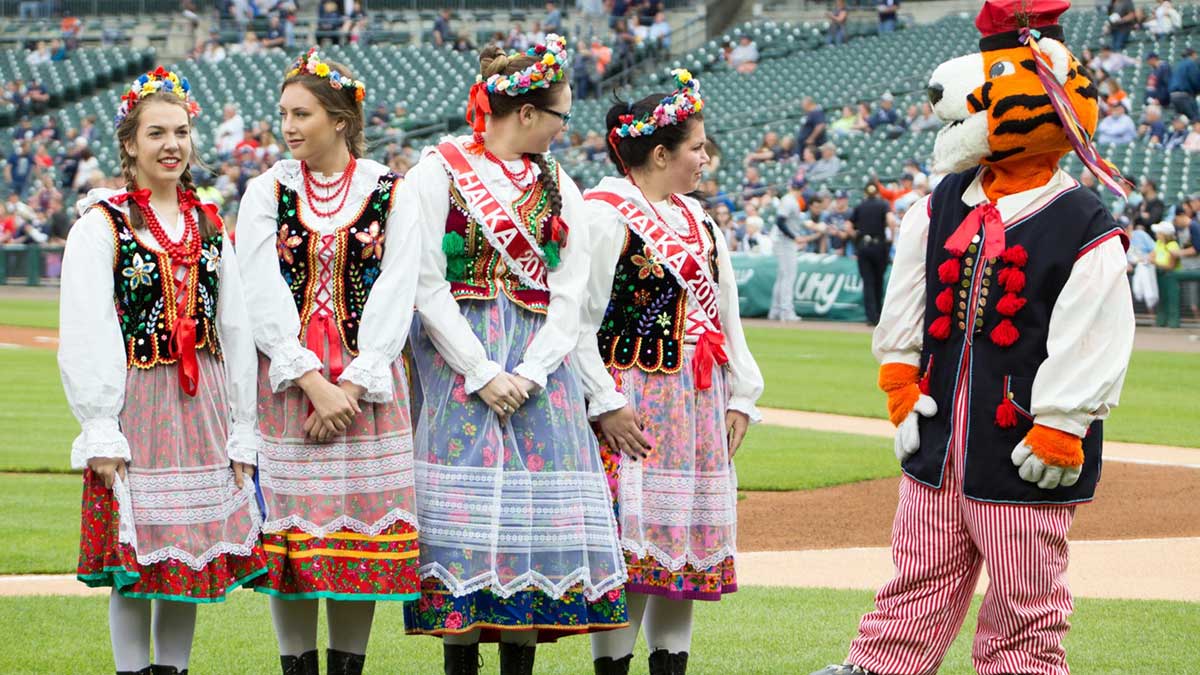 Polish American Heritage Night has been a tradition and highlight of the baseball season in Detroit since 1971. It is now celebrating its 50th year. This year the game is scheduled against the New York Yankees at Comerica Park.

The game is being coordinated by Wally Ozog, Emeritus Vice-President of the Polish Roman Catholic Union of America (PRCUA) headquartered in Chicago, IL. The special ticket package includes a game ticket and a donation to the Polish Roman Catholic Union of America #1593 Scholarship Fund. JoAnne Ozog has coordinated a 104-page commemorative booklet which is available for $25. Christopher Ozog was the editor and publisher. Copies are available from the St. Stan’s Scholarship Fund: 30214 Woodhouse Drive, Warren, Michigan 48092.

The Polish Roman Catholic Union of America (PRCUA) is the oldest Polish American insurance fraternal in America. It was founded in 1873 in the spirit of brotherhood to unite and help Polish immigrants and to promote Polish culture. 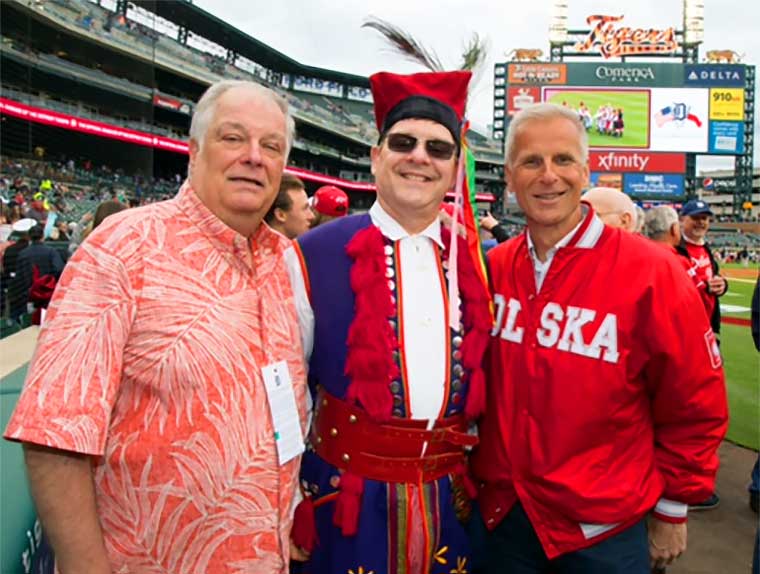 This year, a 50th anniversary game has a special tee-shirt available as a highlight.

Returning for an encore performance to sing the Republic of Poland National Anthem will be Robert Szczublewski of Toledo. Also since 1995 “Paws” will again appear in his well-appointed “Krakovian” and be available for photo opportunities.

Brian Malski of the Friends of Polish Art will be throwing out the ceremonial first pitch.

2021 National Polish-American Sports Hall of Fame will have an informational table in the Comerica Park first base side concourse. The 47th induction banquet will be September 16, 2021 at the NPASHA Hall of Fame Museum at the American-Polish Cultural Center in Troy, Michigan.