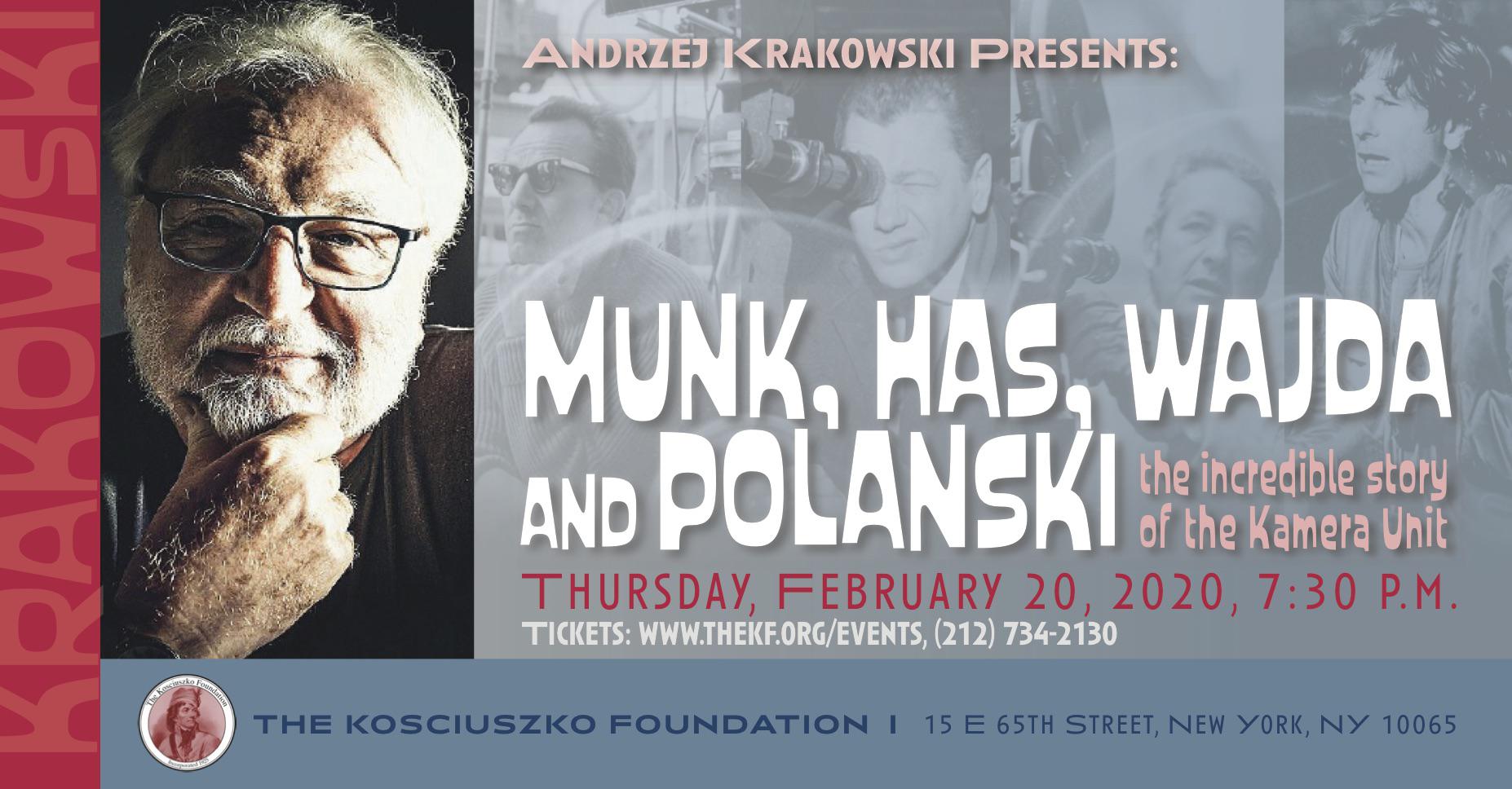 Munk, Has, Wajda and Polański - the incredible story of the Kamera Unit

Join us at the Kosciuszko Foundation for a presentation about some of Poland's most renowned film directors, their smash-hit movies, and the unusual circumstances of their making which include fighting against censorship and the upper echelons of the communist government. Andrzej Krakowski, an awarded film producer, author, director takes us to an eye-opening and thought–provoking journey through the intrigues and exciting adventures that culminated in the creation of Knife in water, The Manuscript found in Saragossa and many other hits in Poland's film industry.

Free and open to the public. In lieu of admission a $10 donation to the Kosciuszko Foundation is appreciated.