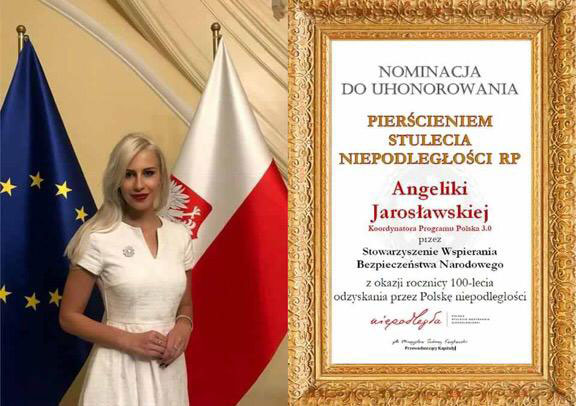 The Polish Princess Angelika Jarosławska Sapieha, who is an international humanitarian activist, was recognized for her activities in Poland. She received the most honorable distinction - the Ring of the 100th of the Independence of the Republic of Poland.

The distinction was awarded to the former Presidents of the Republic of Poland: Aleksander Kwaśniewski and Bronisław Komorowski, diplomats: Honorary Consul Darek Barcikowski. 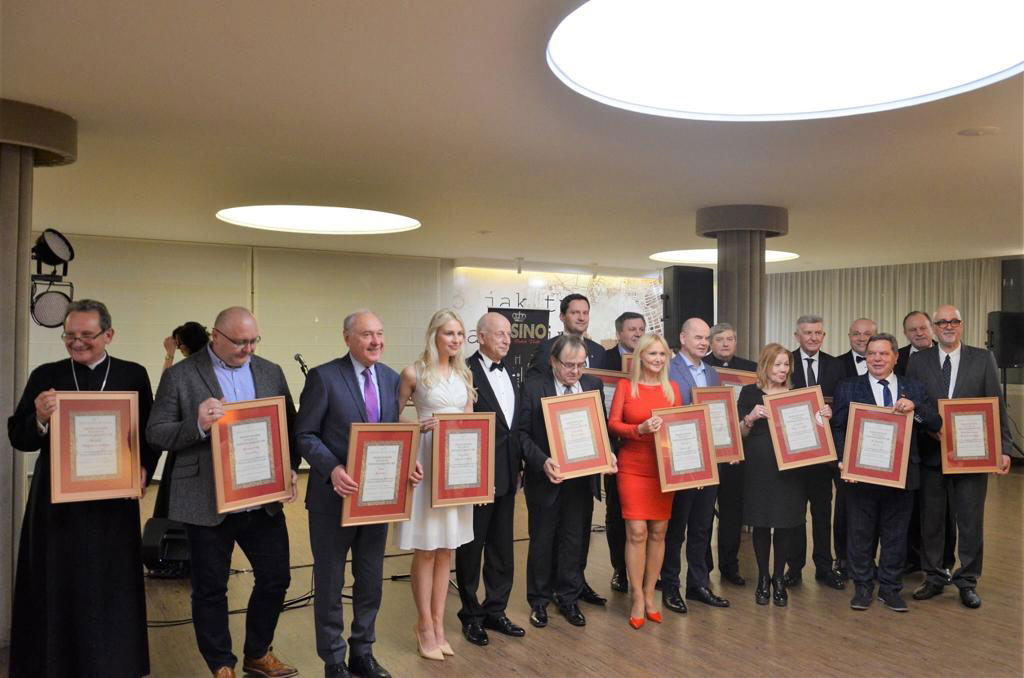 That unique ring presents Polish White Eagle, which is the national coat of arms of Poland. The White Eagle emblem originated when Poland's legendary founder Lech saw a white eagle's nest. When he looked at the bird, a ray of sunshine from the red setting sun fell on its wings, so they appeared tipped with gold, the rest of the eagle was pure white. That moment he was decided to settle there and placed the eagle on his emblem.

It was at that moment that Lech decided to settle at this spot. He named this small outpost Gniezno (from Polish word for “gniazdo” which means nest.

Gniezno would become the first capital of the country of Poland. The nest – home, for the Country.
The Polish coat of arms stands all throughout the country as a representation of the Poland’ strength, courage in the face of adversity and solidarity.

In fact, the name of the highest order awarded to both military and civilian personnel involves the eagle. The world-famous ‘Order of the White Eagle is awarded to the most distinguished Poles as well as highest-ranking representatives of foreign countries.

The Ring of the Century of Independence of the Republic of Poland is a part of the celebration of the 100th anniversary of regaining independence. It is honoring distinguished people working for the safety of the Poland, making a significant contribution to the public good, economic development and the image of Poland.
It is an expression of respect, gratitude, and also a symbol of recognition for their patriotic attitude.

According to the official press release, Polish Princess Angelika Jarosławska-Sapieha is World Ambassador for Peace by the SPIA HSD Soldiers of Peace International Association Humanitarian Support and Development, UN Peacekeepers NGO’s with General Consultative status of United Nations Economic and Social Council, coordinator of the programme Poland 3.0 and vice president of National Cluster of Innovative Enterprises. She was chosen one of 30 under 30 Forbes magazine. She is also Ambassador of Entrepreneurship of Women of the International Network of Female Entrepreneurship Ambassadors.

She was an advisor to the board of the Migam company, which developed innovative solutions for the Deaf. She is also a honorary member of the KRS Formoza Veterans Association. Angelika Jarosławska-Sapieha recently received the Order of St. Stanislaus, established by King Stanislaus August Poniatowski. As a social activist received a distinction in the highest - first class.