Polonia and Elections: Why We Matter 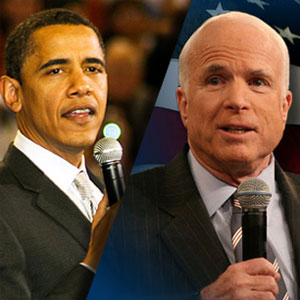 The Presidential elections of 2008 are approaching at a fast pace. Through the lengthy process of the primaries, both major parties elected their candidates, based on their stance on multiple important issues, "electibility", and a variety of other factors. We saw candidates catering to the voters, taking positions that would make them more popular with different groups, trying to appeal to the widest possible base. What we didn't see, however, were the candidates making a special appeal to the Polish American vote. We heard a lot about and from Latinos, Arabs, Jews, and other ethnic groups, but somehow the Polish voice was not heard or listened to in the public debate.

It is very unfortunate that the fifth largest ethnic group in the country is virtually nonexistent on the political map of the United States.  We are invisible. Yet in 2006, 10,024,683 Americans declared Polish ancestry. Assuming at least a 10% undercount, 3.7% of the population of the USA is of Polish background. We are smaller in numbers only to the German, Irish, English, and Italian ancestries. It is worth noting that those groups are “old immigrations,” already assimilated to the American culture, with relatively small amount of “new blood” coming from Europe annually, unlike Poles, who consistently keep coming in relatively large numbers. Tens of thousands have continued to come every decade. Since 1918 about 533,310 Poles have come as immigrants and 297,855 others came as refugees and asylum seekers between 1940 and 1992.

Despite acculturation, Poles are still one the largest groups in the country that continues to speak the ancestral language at home. Millions into the fifth generation still maintain and practice Polish customs and traditions. Around 500,000 of Poles in America were born in Poland, which accounts for about 5% of the Polish population in the United States. But even the Poles born in the United States oftentimes speak Polish at home, as demonstrated by the fact that around 8% of Poles in the USA speak Polish at home.

Historically speaking, Poles in America were always involved politically. Poles were active both locally and nationally. In local politics, ethnic loyalty often superseded party affiliation (In heavily Democratic Polish Buffalo, for example, the Polish vote went Republican twice to support Polish mayoral candidates). Nationally, at the beginning of the twentieth century, Poles supported the Democratic Party (support was around 60%, and then soared in 1928 in support of Gov. Al Smith for President, who was a Catholic and a wet). Poles chose the Democrats because of the traditional importance of economic, political, and social support that the state and the society had to the community in their eyes. Main objectives of public policy, therefore, should be to alleviate poverty and social distress. Polls consistently showed that up to the 1980s Polish Americans showed the highest support of any major ethnic group for the idea that the government should do all in its power to eradicate poverty. (After 1980 polling by ethnic group on such questions virtually ceased.) The “family wage” was a policy that was very popular with Polish Americans which reflected both an economic as well as social policy orientation. The Democratic Party platform expressed similar opinions, resulting in large support from the Polish community until the 1970s.  After 1968, the Democratic Party made a major strategic decision to reconstitute its coalition within which Catholic Ethnic voters were no longer to play a key role. Gradually, the Democratic Party also adopted the libertarianism of the Republicans in social matters and moved away from the more communitarian approach that Polish Americans found culturally and religiously attractive.

The Republican Party, on the other hand, was historically seen as a vessel of profit-driven industrialists, Drys, and Protestants, whose philosophy was laissez faire capitalism and libertarian individualism, with little regard for the role of the community. However, after World War II, the loyalties switched. Many Poles felt that President Roosevelt betrayed Poland. Angered by Yalta Conference, many members of Polonia were attracted by the Republican strong anti-Communism although in the mid-1980s majority of Polish Americans disapproved of the Reagan welfare cuts. However, the Republican adoption of the older communal values under the name of “family values” did attract Polish American votes at least at the national level.

Generally speaking, the majority of the Polish vote since 1932 at the national level, except in the elections of 1956 (Eisenhower), 1972 (Nixon), 1984 (Reagan), and 2004 (Bush), went to the Democratic Party. At the local level and in Congressional elections the majority of the Polish vote still goes Democratic. However currently, the Polish vote does not have a safe home. About 45%-50% seems loyal to the Democrats, about 10%-15% swing between the parties, and the reminder have moved into the Republican column. This is the result of the demographic changes in Polonia, indifference of the parties to the Polish vote and philosophic changes in the parties’ platforms, as noted above.

In terms of elected officials, we currently have six Representatives (from Ohio, Michigan, Illinois, Pennsylvania, and Indiana) in the 110th Congress and three Senators (from Maryland, Alaska, and Nevada). The highest representation of Polish Americans was achieved in 1958, with 15 Representatives. In terms of Senate, the current representation is the highest ever. Only one other Polish American Senator was elected (in 1958 from Maine – Edmund Muskie).

With this upcoming election, we can finally grow in importance again, to the level that we deserve. The first step is to appear prominently in the Public arena and to have coherent positions on issues, especially on the ones that deal with the life of our communities in America. We also need to be able to raise funds to support candidates and policies we favor. It is only then that we can expect the candidates to meet with our leaders and discuss our issues.

To start we need to let people know we have votes and we can mobilize them.  The campaigns will soon be selling and distributing “Polish Americans for Obama” or “Polish Americans for McCain” bumper stickers. It is time for them to fight for our votes. With the initiative like Polonia Votes 2008, we can make history happen. Many Polish Americans already pledged to vote in the November elections, and the official race has barely begun. Our community has the potential and the political drive. We also have one other critical factor that the candidates care about – geographical location. Our heaviest concentrations are in New York, Michigan, Illinois, Pennsylvania, New Jersey, Wisconsin, California, Florida, Ohio, and Massachusetts. Many of those states are considered crucial swing states. Together, they make up 43% of the Electoral College. With all that on our side, and a great initiative like Polonia Votes 2008, all we have to do as Polonia is live up to our potential.

Dominik Stecuła Piast Institute
* * *
The Piast Institute, A National institute for Polish and Polish American Affairs is the only independent Polish American think tank and research center in the United States. We strongly believe that Polonia is not a fading remnant of a European culture but a dynamic, new creation by Polish immigrants and their progeny in the United States. Our major goal is to build the new Polonia of the 21st Century. We immediately recognized Polonia Votes 2008 as an initiative worth supporting and helping to expand. As one of 59 official U.S. Census Information Centers in the United States, and the only one in the nation dedicated to a European-American population, we can provide the necessary demographic and socio-economic, as well as historical information that might help the Polonia Votes 2008 initiative. We encourage other organizations and individuals to get interested in the initiative and help it grow. For more information on the Piast Institute you can visit our work-in-progress website at piastinstitute.org or read about us on Wikipedia. You can also contact us at 313.664.0321 or cic@piastinstitute.org.