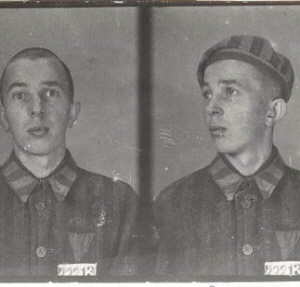 New York, N.Y. .. “You can’t do business with Hitler” was the title of a book published in the early years of World War II warning and predicting what it would be like if Hitler came out the winner.

The warning was so dire that the United States Office of War Information (OWI) used that same title to produce a series of radio broadcasts to bolster the war effort on the home front.  The OWI vividly described the Nazi plunder and looting of the countries the Germans had conquered.

The message was so often repeated that there were very few who lived through the war years who were not convinced that “you can’t do business with Hitler.”

Now, nearly seventy years after the fact, comes a voice which not only proclaims you could have, but -- in the case of Poland – should have done a deal with Hitler.  All Poland had to do to prevent WW II and preserve “peace for our time,” according to this voice, was to give Hitler the city of Danzig (now Gdansk) he demanded.

It’s the voice of Pat Buchanan whose call for this lavish appeasement of Hitler in his new book, “Churchill, Hitler and the Unnecessary War” raised eyebrows among many of his supporters who always considered him a reliable observer and commentator on events in Europe.

Buchanan’s novel evaluation of the pre-war period suggests England’s prime minister at the time, Neville Chamberlain, should have history consider him the unsung hero of British diplomacy instead of the laughing-stock he eventually became.

Chamberlain was someone who not only thought he could do business with “Der Feuhrer” but actually did.  He sold out the Czechs at Munich when he gave the Germans the Sudetenland and returned home claiming Hitler assured him there would be “peace for our time” because of this British generosity.

“Nonsense” is the way Michael Preisler, co-chair of the Polish American Congress Holocaust Documentation Committee, views Buchanan’s theory of  “peace through appeasement” and “disappointed” it comes from someone as respected as Buchanan.

The Germans had bigger desires than just the city of Danzig.  Hitler’s dream of a 1000-year Reich could never be satisfied by just one more sacrificial gift from an opponent he despised.  “What next after Danzig? -- Poznan? Warsaw? Krakow?,” said Preisler.  “They stole all of them anyway.”

Preisler’s life experiences provide him a special insight into the German mentality. He was born and raised close to the Polish-German border and then spent over three years as a prisoner of Hitler’s SS in Auschwitz.

“A dominant priority of Germany was Lebensraum (the German word for living space).  The Germans wanted more land for their population to expand on and Poland became the target for them to move to. They were intent on grabbing it, one way or another. Handing Danzig over to them could never be enough to satisfy their appetite,” he said.

Preisler doubts this German magnet-like attraction to Polish territory was ever completely purged from their mentality.

“Contrary to agreements the Allies reached on post-war borders, there are some Germans today still intent on seeking every legal and political means to get some Polish property. Berlin is even supporting the construction of a special museum to honor them,”
he said.

The government of pre-war Poland always knew “you can’t do business with Hitler.” That’s why it turned down his offer to have Poland join Germany, Italy and Japan in a partnership that came to be known as the Axis Powers.

Buchanan was right on one point, however.  He took note of the way England and France failed to come to Poland’s aid when the Germans invaded in 1939 despite the assurances they had previously given.  “Poland’s allies abandoned her at the outset of the war and then abandoned her again at the end at Yalta,” said Preisler.

Today, the main objective of the Polish American Congress Holocaust Documentation Committee is to correct misstatements of fact about Poland’s history in WW II.  As Preisler long ago stated, “Nowhere else is Holocaust history as distorted and as misrepresented as it is about Poland.”