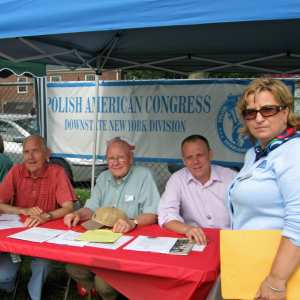 The Downstate New York Division of the Polish American Congress extended its 2008 voter registration drive beyond the confines of New York City into the Long Island suburbs.

The annual festival of the Polish Friends of Copiague gave the Congress a unique opportunity to offer its services to the customary throng of Polish Americans who attend each year.

Rybkiewicz originally planned to suspend his committee’s operations for the vacation months of July and August and resume after Labor Day.

“But with so many of our constituents still to be reached, we’ll have to work right through the summer,” he said.