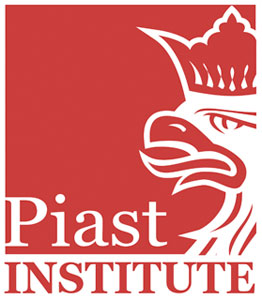 Wayne County, MI — Members of the Polish community in Southeast Michigan are outraged by ethnic insults and age discrimination made against Wayne County Treasurer Raymond Wojtowicz by one of his opponents and they are demanding an apology.

In an e-mail distribution to hundreds of people, Lily Cavanagh — on behalf of the campaign of her husband Phillip Cavanagh for County Treasurer — offers reasons as to why citizens should support her husband for Treasurer by using age discrimination and ethnic bigotry as examples.

“The reader is told that Mr. Wojtowicz should be voted out of office because he is old enough to be eligible for Social Security,” said Thaddeus Radzilowski, Ph.D, President of The Piast Institute, a National Institute for Polish and Polish American Affairs.  “The e-mail states that Mr. Cavanagh is also the superior candidate because he has a name that voters can spell and pronounce. This is an offensive, bigoted attack on Mr. Wojtowicz as a respected citizen of Polish descent and everyone of any ethnic origin should be outraged.”

There are 168,000 citizens of Polish ancestry in Wayne County.  It is the third largest ethnic/ancestry group in the county.  The Piast Institute, a National Institute for Polish and Polish American Affairs, would like to register the strongest protest against this ethnic bigotry and asks for an inquiry by the Board of Elections.  It also asks for an investigation of the legality of electioneering to county employees during working hours on their official computers.

“Mrs. Cavanagh, on behalf of her husband, has put forth the notion that citizens of Polish origin are disqualified from holding office because we have ‘foreign”names or ones that may be difficult to pronounce or spell,” said Radzilowski.  “Perhaps the Cavanaghs need a history lesson; this country is comprised of Americans who came to this land from all over the world seeking a better life. All names of Americans are “American “names. The e-mail is un-American and bigoted.  This message, heard only a few generations ago in Wayne County from the Ku Klux Klan, has resurfaced again in an ugly way by a man seeking high public office.”

Members of the Polish community want to remind our fellow citizens that it is hardly fitting that a person like Mr. Cavanagh, who is seeking a major public office that serves all of the people of Wayne County, should engage in such blatantly discriminatory campaigning and brazenly imply that a significant percentage of the people of Wayne Country because of their origin are second-class citizens, unworthy of public office.

“This attempt to appeal to ugly un-American prejudice is unacceptable.”

Dr. Radzilowski, President of the Piast Institute, has called on Mr. Cavanagh to make a public apology and promise not to dishonor our public discourse with such bigotry in the future.