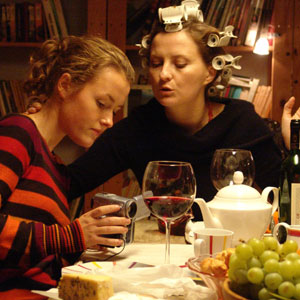 The films to be shown are:

“What It’s Like To Be My Mother” by dirs. Norah Mc Gettigan and Marius Matzow Gulbrandsen “The Factory” by dir. Maciej Adamek “My Empire” by dir. Ted Ciesielski “Alicja Wonderland” by dir. Martin Gauvreau

Festival executive director, Marco Ursino, said “This showcase in Greenpoint is very much in tune with our mission. We have been bringing to so many Brooklyn ethnic communities the best and newest films from their countries of origin since 1998. Our efforts, in this instance, have been truly simplified by the enthusiastic collaboration of Exxonmobil. Two of the films that we will show in Greenpoint are also in competition at the festival”

"Exxonmobil is committed to ongoing engagement in the communities that we operate in, this includes showcasing the cultures and traditions of our communities," said Carolina Asirifi from the ExxonMobil Greenpoint office, "and ExxonMobil is proud to co-sponsor an evening of Polish Films in Greenpoint, bringing the Brooklyn International Film Festival to Greenpoint for the first time."
STUDIO B is located at 259 Banker Street - Brooklyn, NY 11222 - Near Meserole Ave

BiFF’s 11th edition, themed Cinergy, will run from May 30 to June 8th and films will be shown at both the Brooklyn Lyceum Theater (featuring 36 two-hour film programs) and Brooklyn Heights Cinema (featuring 31 two-hour film programs). Each film selected will be shown twice, at different times/venues. Opening night will be celebrated on May 30th at the Brooklyn Lyceum Theater on Fourth Avenue in Park Slope. Sidebar shows will run at Brooklyn Public Library (Grand Army Plaza), East Coast Aliens (Greenpoint) and Lumenhouse (Bushwick).

BiFF was established in 1998 as the first international competitive film festival in New York. BiFF’s primary goal is to connect filmmakers to distribution companies and expose them to the media. Many films that have premiered at BiFF in past years went on to be released theatrically and/or are available at video stores near you. BiFF will award the winners with prizes totaling over $80,000 in film services, products, and cash. A single prize of $5,000 cash, the “Diane Seligman Award”, sponsored by Lowel Light, will be given to Best Documentary. 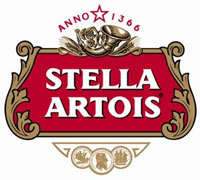