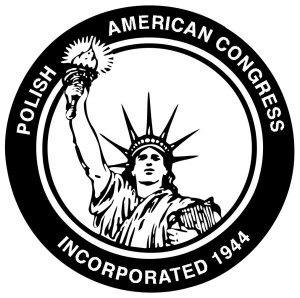 The Downstate New York Division of the Polish American Congress announced it will use the current presidential election year as the starting point to make sure all the Poles who recently became U.S. citizens get listed on the voter rolls.

Not only will the registration drive target the various ethnic communities in New York City, it will also extend to Nassau and Suffolk Counties where the PAC just established a Long Island chapter.  Nor will the counties north of the city be overlooked, according to Chet Szarejko who chairs the Political Activities Committee of the Congress.

Since Polish Americans are mostly Catholic, Szarejko expects church leaders to encourage their parishioners to have the PAC get them registered and have them participate in the American democratic process.
“Many of those we’ll be registering once lived under a repressive Communist system the Soviet Union forced on Poland after World War II.  We want to make sure they enjoy all the rights and privileges their U.S. citizenship gives them,” said Szarejko.

Named by Szarejko to head the voter drive is Chris Rybkiewicz who plans to conduct on-site registration days at various locations in the coming months.  He will also hold special instruction sessions at the Polish & Slavic Center in Greenpoint, Brooklyn.

Rybkiewicz is 34 years old and already a successful real estate developer and investor.  He currently is vice president of the Downstate Congress and also serves on the boards of the Association of the Sons of Poland and the Pulaski Association of Business & Professional Men.

“In the multicultural society we live, we want to give Polish Americans and Catholics a greater visibility,” he said.