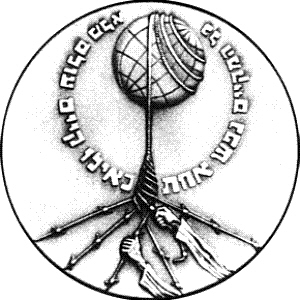 A National Institute for Polish and Polish American Affairs Building a New Polonia for the 21st Century. Hamtramck, MI – Even the best of stories need a good ending. Recently the Piast Institute, A National Institute for Polish and Polish American Affairs, saw an opportunity to give a needed ending to a Polish story of courage and humanity in the face of evil during the Holocaust. The story was that of Zyga Allweiss who, thanks to the efforts of Maciej and Zofia Dudzik of Czajkow in southeastern Poland, survived with his brother Salek the German extermination drive that took the lives of their entire family.

The Dudziks sheltered the two teenaged Jewish boys from the nearby village of Jaslany for 14 months at the risk of their own lives and those of their eight children. The punishment for aiding Jews in German occupied Poland was death, not just for the one who assisted but for his or her entire family. Several thousand Poles paid that price for acts of simple humanity.

Zyga Allweiss, of West Bloomfield, Michigan, 80 years of age, wanted to honor the memory of those who had helped him survive the German campaign of genocide. He wrote about the Dudziks to Yad Vashem, the Israeli agency that commemorates the victims of the Holocaust and those Gentiles who tried to resist and help Jews during that darkest of times. His letter recounted their heroism and selflessness and recommended them for a medal as “righteous among nations” and for permanent commemoration in Israel for their deeds.

His recommendation was accepted and the Dudziks were scheduled to be honored posthumously in a ceremony in Krakow by the Israeli government. Their son was to receive the medal for his parents. Zyga and his daughter wanted very much to go but he was retired and his income was modest. He wasn’t sure he could afford it. At the suggestion of attorney Michael Traison, the
Piast Institute agreed to help raise the cost of his airfare. With donations from both Polish and Jewish donors, including Mr. Traison, Piast raised the needed $1,000 in three weeks. Zyga Allweiss was able to attend the ceremony in Krakow on October 21st to express his gratitude to his Polish friends.

According to Dr. Thaddeus Radzilowski, President of the Piast Institute, the Institute seeks to tell Poland’s history in all of its dimensions and to build bridges to other communities. “How better to do this than to give this story its full dimension. The courage of the Dudzik family and its willingness – moved by their beliefs and the deepest Christian meaning of Polish hospitality – to sacrifice their lives, if need be, to save their neighbors from the Holocaust is an inspirational story that needs to be remembered and honored.” said Dr. Radzilowski.

The story is a simple one. Zyga and his older brother Salek sought refuge with the Dudziks after their escape from Nazi captivity which had already cost their mother and sisters their lives. They were courageous, resourceful and ready to fight. With a weapon given them by a Polish neighbor they had disarmed a German soldier and captured his weapons. They lived by their wits in the forest
and fields, but they needed more permanent and secure shelter. They found it with the Dudzik family.

The Dudziks had been friends and business associates of their father Jacob, who bought and sold horses. Their father instructed them to seek out Maciej Dudzik if they were in trouble. He told them, “He is an upright and honest man and he will not betray you.” In turn, the Dudziks kept their promise to Jacob who had asked them, “Keep my boys safe.”

For 14 months the two boys found shelter with the family which shared with them its meager rations. The Dudziks’ nearest neighbors knew of the Allweiss boys they were sheltering, but did not betray them. Nevertheless, the danger of discovery and death was always present.

Once, when the Germans came to requisition hay, they almost uncovered the boys’ hiding place. Zofia Dudzik diverted their attention at the last moment to save the day. After that incident the boys, fearing to continue to endanger their host, offered to leave but the Dudziks refused. Zyga Allweiss remembers Zofia Dudzik saying, “No. Stay with us. God will protect you.”

This moving story is symbolic of many other such stories that will never be told because records are lost and people have died. More than 6000 Poles have been honored by Yad Vashem as rescuers-almost a third of the world total. Yet because of the terrible destruction of the war and the subsequent Communist takeover more Polish stories have been lost than those of any other nation. The historian Gunnar Paullson, whose mother was a Holocaust survivor in Warsaw, writes in his book The Secret City that the city of Warsaw was saturated with Jews sheltered from the Nazis. He estimates that by 1944 about 28,000 Jews were being hidden through the efforts of about 70-90,000 people in the city. Many of the rescued and rescuers and the records and memories of their heroism perished during the Warsaw Uprising. This is why the story of the Dudzik family’s heroism is so important to preserve.

For more information contact Virginia Skrzyniarz at 313-664-0321 or director@piastinstitute.org.
About Piast Institute:
The Piast Institute is the only independent think tank in North America devoted to Poland and Polish American affairs. The Piast Institute is a research center, one of 57 U.S. Census Information Centers, and acts as a representative of Poland and Polish- Americans in the U.S. With its internal staff and its worldwide network of Fellows, Piast develops and disseminates information through the development of position papers, conferences, seminars, popular articles, publications, teaching materials, exhibits and academic studies.