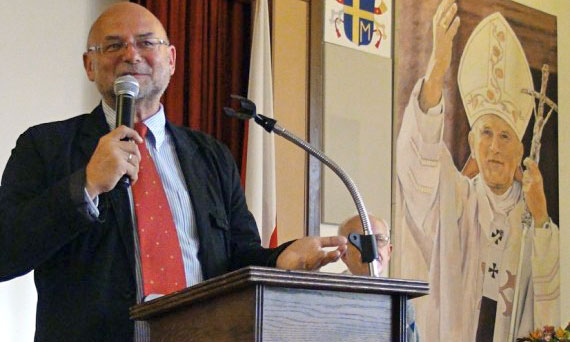 ENGLISH LANGUAGE SYNOPSIS:
This is a Polish language event. It is a meeting with Dr. Marek Ciesielczyk (Tarnów, Poland) about his newest book. This event will be held in the Polish language and it will be very Polish! We will discuss painful history. For mature audiences only.

ABOUT THE AUTHOR:
In the late 1970s and eaerly 1980s, Marek Ciesielczyk was active in anti-communist opposition and co-founded the Independent Students Association (NZS). He earned his Master's in Philosophy at the Jagiellonian University in Cracow in 1981. Later he studied in West Germany, the United Kingdom, Italy and the United States. His Ph.D. in Political Science, History and Philosophy is from Ludwig Maximilian University of Munich. In the late 1980s, Dr. Ciesielczyk wrote the first Polish language nonfiction book about the Soviet intelligence agency, the KGB. More recently, Dr. Ciesielczyk published a book about spies and collaborators of Soviet-controlled Polish intelligence agencies (SB) in the Polish American community, based on documents he gained access to at Poland's official National Remembrance Institute (IPN). Dr. Ciesielczyk will tour the United States in February, stopping in various cities to discuss issues related to vetting (lustracja) and to promote his book in the Polish communities in America. Dr. Ciesielczyk is involved in local politics as an anti-corruption advocate in his native city of Tarnów, Poland, where he recently won a court battle to overturn city council elections, on the grounds that the name one of the candidates was missing from the ballot. Dr. Ciesielczyk says he is not currently a member any political party, but he serves as the vice president of a national organization called Stowarzyszenie "Ruch Oburzeni" (The Outraged Movement). 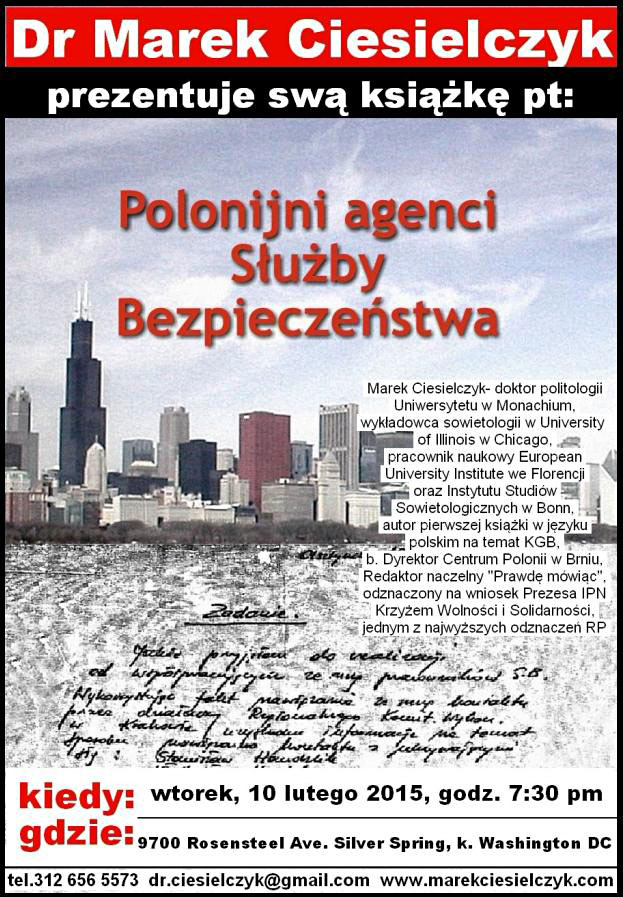