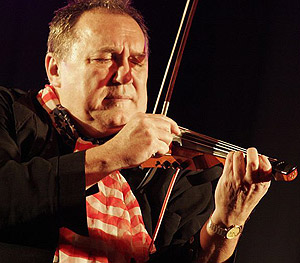 After his extensive European tour, he is back home. Michal Urbaniak will appear with his legendary all stars outfit including Donald
Blackman on keys and vocals, Barry Johnson on bass, and Lenni Christian on drums, the team that created the hit “Funking for Jamaica”and is a part of Michal’s famous Urbanator Band.

Mika Urbaniak who is just recording her first solo album, will lend her smoky vocals in her New York debut.

Urbaniak has performed several times at Carnegie Hall and at many famous world and NY jazz clubs like Blue Note, Village Vanguard, Sweet Basil. He has received awards, has been a winner of numerous foreign plebiscites and in 1992 his name appeared in first place in the prestigious “Down Beat” jazz magazine in 5 categories among the biggest jazz stars. He has recorded over 60 albums.

Sign Petition to Save Walentyna Janta-Połczyńska House From Being Demolished
The Department for the Aging and the NYC Police Department Community Outreach. Webinar for Older Adults
Appeal to Polish American Organizations. Your Social Security Payments
Tribute Mass on the 7th Anniversary of the Canonization of St. Pope John Paul II - 04.25.2021 in NYC
The Kosciuszko Foundation 2021 Ball Postponed
11th Anniversary of the Smolensk Disaster and the 81st Anniversary of Katyn Massacre
Easter Bunny Event at the Boro Park PSFCU Branch in New York
Despite the Volatile Market, the Kosciuszko Foundation didn't Stop Helping
The 40th Anniversary of St. Stanislaus Polish School in Wallington, NJ
SEE MORE