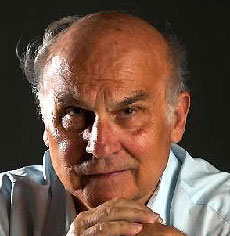 A celebration of the life and work of Ryszard Kapuscinski, visionary journalist and world-besotted fabulist, and one of the great travelers of the 20th century (true heir to his hero and subject of his last book, Travels with Herodotus). Kapuscinski was a living link between Bruno Schulz and Gabriel García Márquez, with whom he was still  team-teaching classes to young Latin American journalists only a few years back. Above all, he was a dear, sweet man – brave, kind, and fiercely clear-seeing. Salman Rushdie, Philip Gourevitch, Adam Michnik, Lawrence Weschler, Carolin Emcke, Breyten Breytenbach, and actress Elzbieta Czyzewska join together to contemplate the lasting significance of this Polish master and longtime PEN supporter, who died earlier this year in Warsaw at the age of 74. Excerpts from Gabrielle Pfeiffer’s documentary A Poet on the Ftontilne: The Reportage of Ryszard Kapuscinski by (US, 2004), will also be
screened.

Curated by Philip Gourevitch, Lawrence Weschler, and Paul Holdengräber; co-sponsored by LIVE from the NYPL; co-presented by The
Paris Review