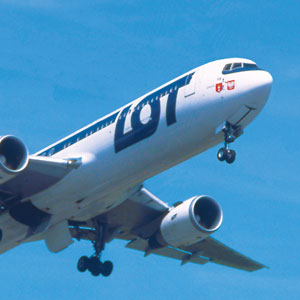 The European Union has just approved an 'Open Skies' agreement with the United States, which will allow unlimited air connections between European and American destinations. A true revolution in trans-Atlantic air traffic, experts claim.

Passengers have been eagerly awaiting such developments. But what about the airlines? Some have displayed far reaching enthusiasm for opening the trans-Atlantic routes to wider competition. Others, with a national carrier status often enjoying a monopolist position, have to take into account strong competition for a promising market opportunity.

Poland's minister of Transport Jerzy Polaczek is confident the 'Open Skies' agreement will be a good development for the Polish national carrier LOT and its customers. 'From the point of view of the passengers, the effect of this competition will undoubtedly be a lower ticket fare, an increased number of flights between Europe, including Poland, and the US. Another positive outcome would be new job opportunities for additional personnel in Warsaw as well as regional airports. This requires conclusions to be drawn, which would find reflection in concrete policies of a company employing several thousand people.'

Minister Polaczek suggests LOT should focus on a long term strategy which would not only envisage new trans-Atlantic routes, but also encompass fresh connections with destinations in Asia. Andrzej Kozlowski, public relations spokesman for LOT Polish Airlines says there is still enough time for adjustments and the company is viewing future competition with optimism. ' We don't know yet who will decide to operate from the Polish market. We hope to save the competition as we are preparing to start the operation of the newest Boeing 787 aircraft as of October 2008, which will of course be directed to trans-Atlantic routes. We hope that we will be ready for the Open Skies.'

The 'Open Skies' agreement still needs US administration approval and that of the European Parliament. The latter is expected in April, as the body has already voiced its support for the decision. This also means that by March next year passengers may have greater opportunities for trans-Atlantic travel at much reduced expenses by 30 to even 50%.

For Poles, who traditionally account for a large group of clients shuttling between Europe and the United States, this is indeed welcome news.