Bishop Brennan to Join FDNY Procession over the Brooklyn Bridge to Co-Cathedral of St. Joseph for 9/11 Memorial Mass 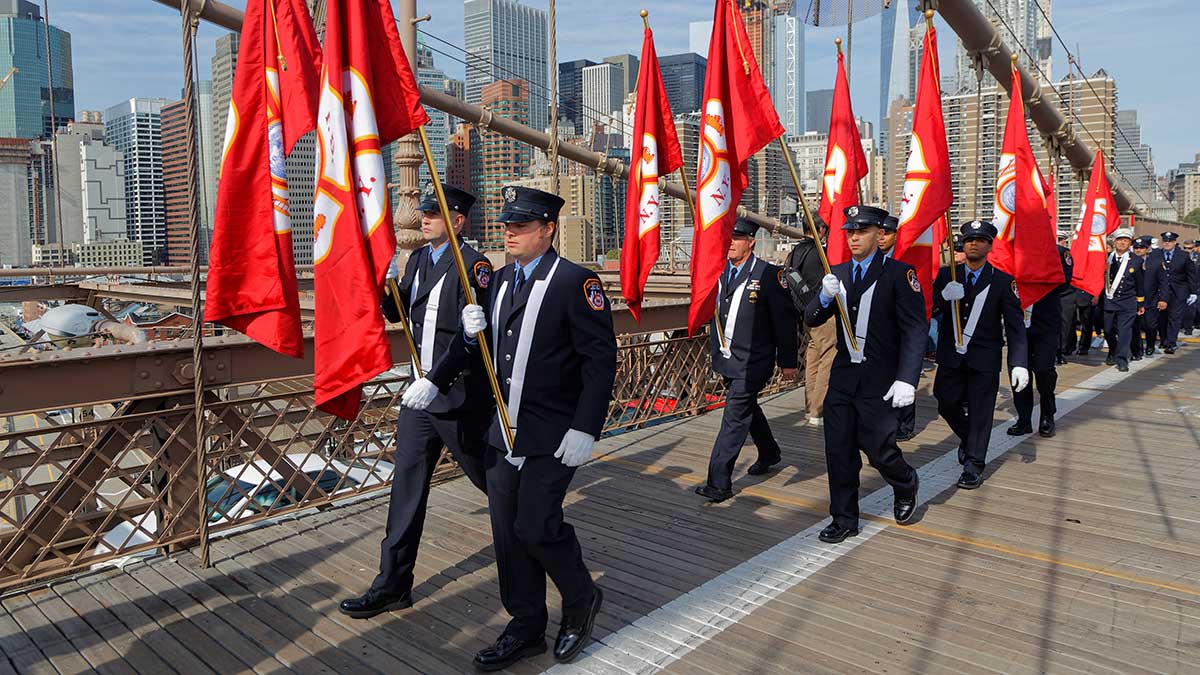 The Most Reverend Robert Brennan, Bishop of Brooklyn, will be the main celebrant and homilist at a Mass dedicated to the New York City Fire Department, this Sunday, September 11, 2022, at 11 a.m. at the Co-Cathedral of St. Joseph, located at 856 Pacific Street in Brooklyn. The Mass will commemorate the 21st Anniversary of the attacks of September 11, 2001.

* The procession of flags will walk over the Brooklyn Bridge exiting at Adams Street which becomes Boerum Place, turning left onto State Street (Engine 226), then right onto Nevins Street, followed by a left on Atlantic Avenue, a right on Flatbush Avenue, a left on Dean Street, another left onto Vanderbilt Avenue, and then a right onto Pacific Street where they will arrive at the Co-Cathedral of St. Joseph in time for Mass.

The Mass will be broadcast live on the Diocesan cable network NET-TV available on Spectrum channel 97, Verizon Fios channel 548, and Optimum channel 30. The Mass can also be viewed online at www.netny.tv