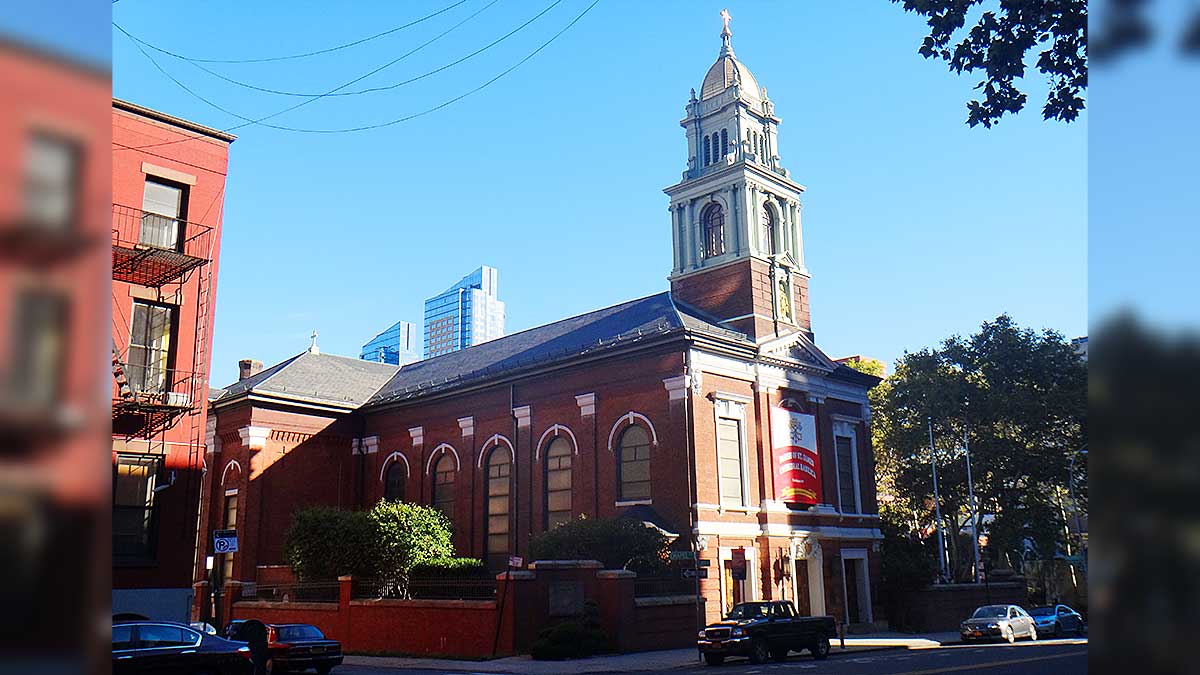 His Eminence, Timothy Cardinal Dolan, Archbishop of New York, will be the main celebrant and homilist at a special Mass to commemorate the 200th Anniversary of the parish of St. James, the first Catholic Church to be built on all of Long Island, on Sunday, August 14, 2022, at 2 p.m. Bishop Robert Brennan of Brooklyn and Bishop John Barres of Rockville Centre will concelebrate the Mass.

Prior to the construction of St. James, there was no established church on Long Island, which back then was comprised of Brooklyn, Queens, Nassau and Suffolk counties. For residents of the Village of Brooklyn to attend Mass, they had to commute by boat to Manhattan. On July 25, 1822, on the Feast of St. James, New York Bishop John Connolly traveled from St. Patrick’s Old Cathedral to bless the cornerstone of the Church designated as St. James.

The Diocese continued to build churches and schools throughout Long Island from Brooklyn to Montauk. In 1957, the Diocese of Rockville Centre was established, which altered the boundaries of the Diocese of Brooklyn to include the counties of Kings and Queens.

In 1972, Bishop Francis Mugavero officially designated St. James as the Cathedral of the Diocese of Brooklyn. It was the Pro-Cathedral until that time as it was the first Church of the Diocese and there were plans to build a bigger cathedral. Those plans were suspended by Bishop John Loughlin, the first Bishop of Brooklyn, due to financial concerns.

In 1979, Pope John Paul II visited St. James Cathedral and in 1982, officially designated the Cathedral as a Basilica.St. James is a Neo-Georgian Church that features a spire, a large gallery, and a nave. From above, the church building reflects construction in the shape of a cross, referred to as cruciform. The stained-glass windows of this brick church were made in Germany. The Cathedral Basilica of St. James is located on Jay Street between Cathedral Place and Chapel Street in downtown Brooklyn.