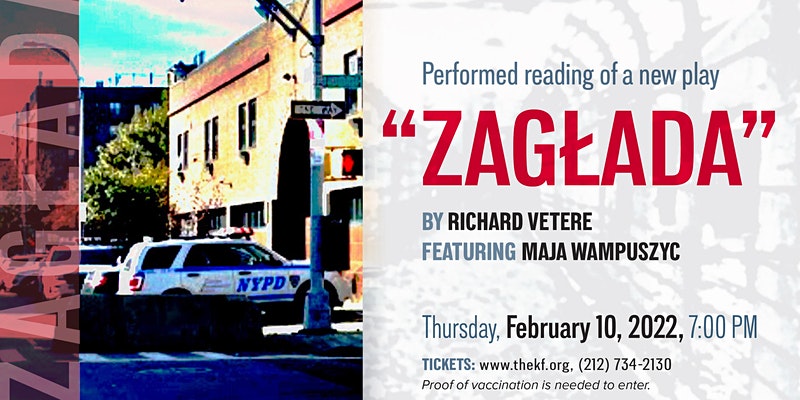 The Kosciuszko Foundation invites you to a performed reading of Zagłada, a new play by Richard Vetere, featuring Maja Wampuszyc.

Zagłada is about a 90-year-old Polish man living in Maspeth, Queens, who is exposed by an African-American journalist as having been a Kapo in Buchenwald. The man shoots at the journalist, is arrested for firing an illegal firearm, and held at the 112th Precinct by an NYPD Intelligence Bureau Officer. There he is forced to confront his past by a Federal Prosecutor who is driven by a personal vendetta.