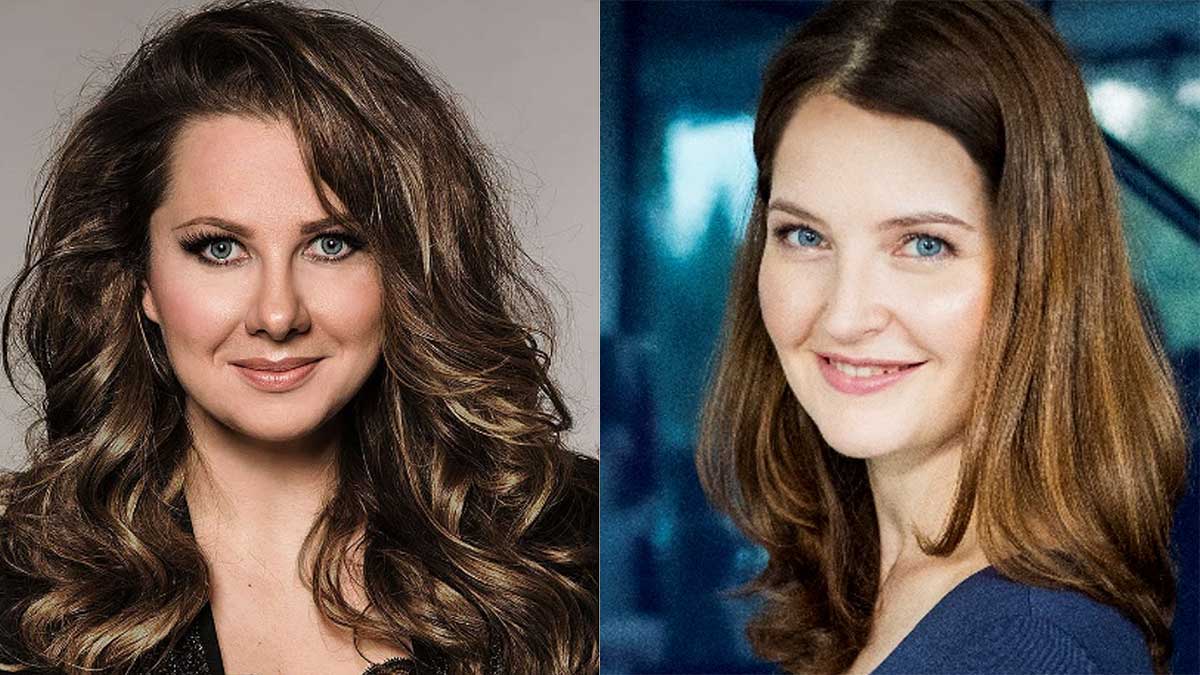 By birth, fate, or choice, Jewish composers Mieczyslaw Weinberg, Simon Laks, Roman Ryterband, and Grzegorz Fitelberg all share Polish roots. This night of music and stories, featuring Magdalena Molendowska (soprano) and Julia Samojło (piano), will celebrate the diversity of these Polish-Jewish composers in a repertoire of songs that demonstrate how humanity and creativity can emerge from the darkest of times. With songs in Hebrew, Yiddish, Polish, and German, this will be an in-person event you won’t want to miss.

The concert is part of an international tour of the Polish Chamber Musicians’ Association entitled “Music of Polish-Jewish Composers,” visiting Los Angeles, San Francisco, Seattle, Paso Robles, and New York from October until December 2021. Cosponsored by The Lambert Center for Arts + Ideas and The Center for Jewish Living at the Marlene Meyerson JCC Manhattan. Presented with the Polish Chamber Musicians’ Association, in partnership with the Polish Cultural Institute New York and Momentum Artists. Financed within the scope of the Multiannual Program INDEPENDENT 2017–2022, as part of the “Cultural Bridges” subsidy program of the Adam Mickiewicz Institute.

Polish soprano Magdalena Molendowska graduated with honors from S. Moniuszko Music Academy in Gdańsk and Opera Course at the Guildhall School of Music and Drama where she was awarded the prestigious Gold Medal in her final year. In 2008 she was a member of the Opera Studio Accademia Nazionale di Santa Cecilia in Rome.

Her wide repertoire includes songs, oratorios, and cantatas. In London Barbican Hall she presented songs by K. Szymanowski and A. Dvořak. Invited by Malcolm Martineau she recorded Huit chansons polonaises by F. Poulenc on the Poulenc vol. 4 album.

Since 2011 she has been a soloist of the Polish National Opera in Warsaw, where she made her debut in “Jakob Lenz” by Wolfgang Rihm. In the 2012/13 season she returned to the Polish National Opera to perform the title role in Halka by Stanisław Moniuszko. She currently cooperates with Wroclaw Opera House, Krakow Opera House, Opera i Filharmonia Podlaska, Glyndebourne Festival, Opera North and Baden-Baden Festspiele.

In 2019 she made her debut as Katerina in The Greek Passion at Opera North, as well as in Silesia Philharmonic, where she sung the soprano part in Deutches Requiem by Brahms. Her upcoming performances include debut as Leonore in Fidelio by Beethoven and performing solo part in the XXI Symphony “Kaddish” by M. Wajnberg in Pomeranian Philharmonic Hall in Bydgoszcz. She is actively involved in the activities of the Association of Polish Chamber Musicians in cooperation with which she implements several important artistic projects.

Julia Samojło graduated from the Feliks Nowowiejski Academy of Music in Bydgoszcz in the class of Prof. Tatiana Shebanova. Following her studies, she completed an artistic internship under the supervision of Prof. Szábolcs Esztényi and post-graduate and doctoral studies under the artistic supervision of Prof. Maja Nosowska at the Fryderyk Chopin University of Music in Warsaw. She honed her skills under the direction of Ronan O’Hora, Graham Johnson, and Pamela Lidiard at the Guildhall School of Music and Drama in London.

A special place in the repertoire of Julia Samojło is occupied by piano chamber music and contemporary music. The pianist has made numerous premieres and many recordings for DUX, Musica Sacra, the Library-Music Library of the Polish Composers’ Union, and Polish Radio. In 2020 she premiered 24 Variations on a theme of a folk song by Roman Ryterband. In 2019 she recorded all songs by Zygmunt Stojowski with Magdalena Molendowska- soprano. In 2017, she made the world premiere of the Concerto for piano and orchestra, written for her by Edward Nesbit, with the New Music Orchestra conducted by Szymon Bywalec.

She has given concerts with, among others, Sinfonia Varsovia, Polish National Radio Symphony Orchestra, Polish Radio Orchestra, New Music Orchestra, Poznań Philharmonic Orchestra, Julia Samojło has been a laureate of numerous prizes and scholarships, including: 1st prize at the International Competition of Young Performers in Athens and Scholarship of the Minister of Culture and National Heritage. She is a chairman of the Warsaw branch of the Polish Chamber Musicians’ Association.