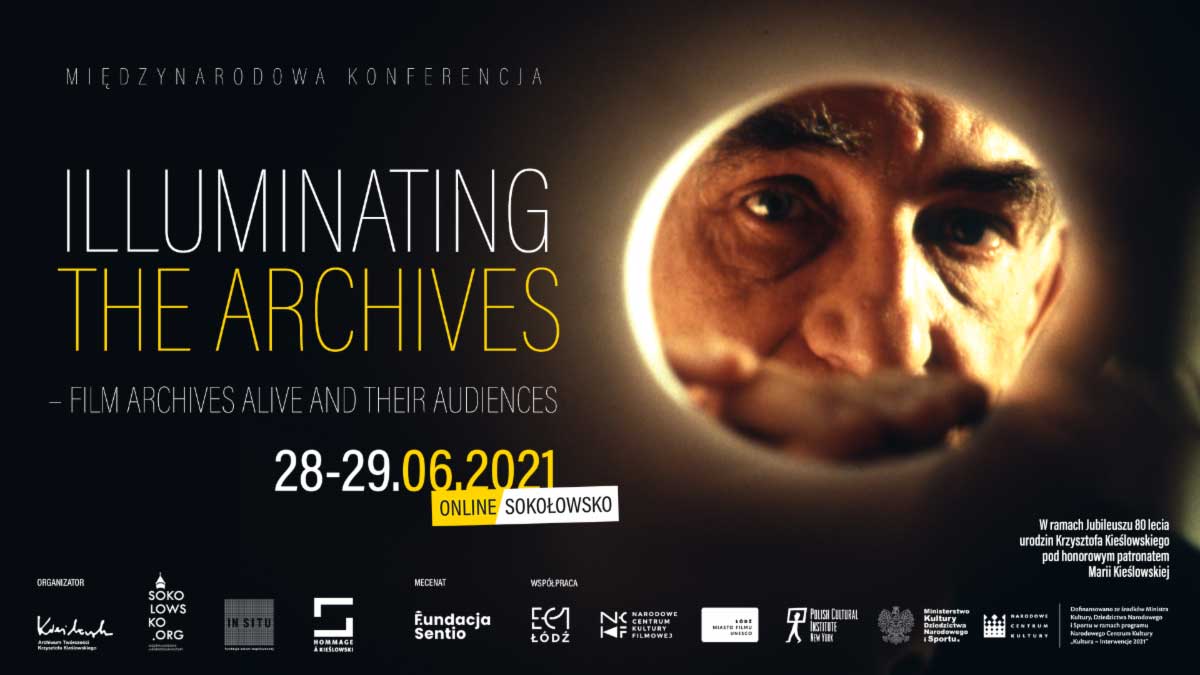 International conference in commemoration of Krzysztof Kieślowski's 80th anniversary of his birth.

The conference organized by the Foundation for Contemporary Art In Situ, which looks after and develops the collection of The Krzysztof Kieślowski Archives, will provide a platform for exchange of experiences for archivists, curators, researchers and other professionals who work with collections of film-related document collections, including scripts, filmmakers’ biographical materials, production documentation, stills and other film-related objects. The conference is supported by the National Center for Film Culture in Łódź, the institution managing the Łódź City of Film UNESCO project.

Polish Cultural Institute New York invited two guests from the US, Annette Insdorf Professor of Film at the Columbia University’s School of the Arts, and Barbara Miller Deputy Director for Curatorial Affairs at Museum of the Moving Image (MoMI) in New York, to take part in this conference.

Krzysztof Kieślowski (1941-1996) best known for his internationally acclaimed 1990s films The Double Life of Veronique and the Three Colors Trilogy: Blue, White, and Red, was a graduate of the prestigious Lodz Film School and started his career in television with documentaries and dramas that captured the daily lives of working class people. From his earliest documentations of Polish factory life to his first forays into psychological portraiture, and from the religious-existential gambits of his Solidarity-era features to the star-studded festival favorites that cemented him as one of the most important filmmakers of the 1990s, Kieslowski was always drawn to the infinite, sometimes absurd, other times infuriating, complexities of our lives. Kieslowski made films for television long before it was fashionable. And he didn’t make ordinary television: he made The Decalogue, arguably the greatest TV miniseries of all time. And long before Hollywood movies were required to have franchise potential, his Three Colors trilogy was an arthouse juggernaut, setting three international movie stars Juliette Binoche, Julie Delpy, and Irene Jacob into a loosely interconnected cycle that mirrored the challenges of European unification–challenges that continue today.