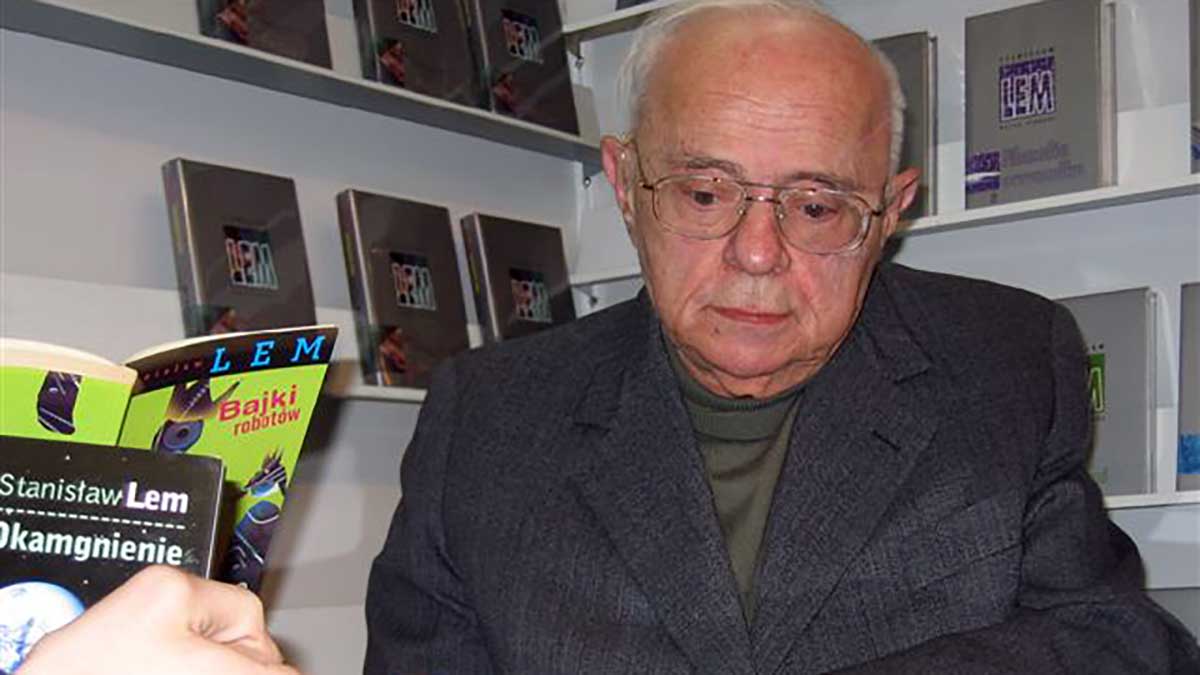 June 4—July 1. Online at The Cinematheque in Vancouver.

A giant of Polish literature, and of science fiction writing worldwide though in fact his work transcends the constraints of any particular genre Stanisław Lem (1921-2006) produced dozens upon dozens of novels, stories, and essays throughout his nearly 60-year career. Best known for the writings that qualified, at least ostensibly, as science fiction, his body of work is dizzyingly multi-faceted, encompassing memoirs, reminiscences of his wartime experiences, and philosophical texts, while the science fiction narratives themselves often take wildly experimental forms and extend freely into the realms of philosophy and satire.

However, his work is characterized, one thing is for sure: Lem’s novels and stories have inspired (and continue to inspire) numerous filmmakers, with cinematic adaptations emerging from throughout the world, often helmed by some of the most important filmmakers past and present: from Andrei Tarkovsky and Andrzej Wajda to the Quay Brothers and Steven Soderbergh.

Organized in collaboration with The Cinematheque in Vancouver, this series offers a generous selection of these Lem-inspired cinematic works. Anchored by two versions of SOLARIS, Tarkovsky’s and Soderbergh’s celebrated films are joined by the selection of additional films whose diverse range of genres, tones, and stylistic approaches are entirely appropriate to Lem’s own body of work.

Presented in partnership with The Cinematheque in Vancouver and co-programmed by Tomek Smolarski at the Polish Cultural Institute New York.

Films in the series

Available in the US and Canada

Available only in Canada

Quarantine Jazz Dawid Lubowicz "Atom String Quartet and Its Musicians" Part III
Free Online Screenings to Celebrate 100th Anniversary of Stanisław Lem
Concert Cantio Polonica - Hidden Gems from the Polish Baroque in Houston. May 23rd, at 6:00 pm
A Stanisław Lem Centennial Screening Series in the United States
"Huddled in Full Sentences" - Poetic worlds of Ewa Lipska - A webinar on May 18, 4 PM EDT
"Kino Polska: New Polish Cinema". Streaming at BAM, April 30 – May 6, 2021
Online reading of Jolanta Janiczak’s play Detroit. The History of a Hand: April 25 at 1 PM
Being young and Jewish in Poland. "The Return" by Adam Zucker
“I got imprisoned for rock and roll”: Andrzej Stasiuk and the Literature of Periphery – A lecture by Dr. Krzysztof Gajewski
SEE MORE