“I got imprisoned for rock and roll”: Andrzej Stasiuk and the Literature of Periphery – A lecture by Dr. Krzysztof Gajewski 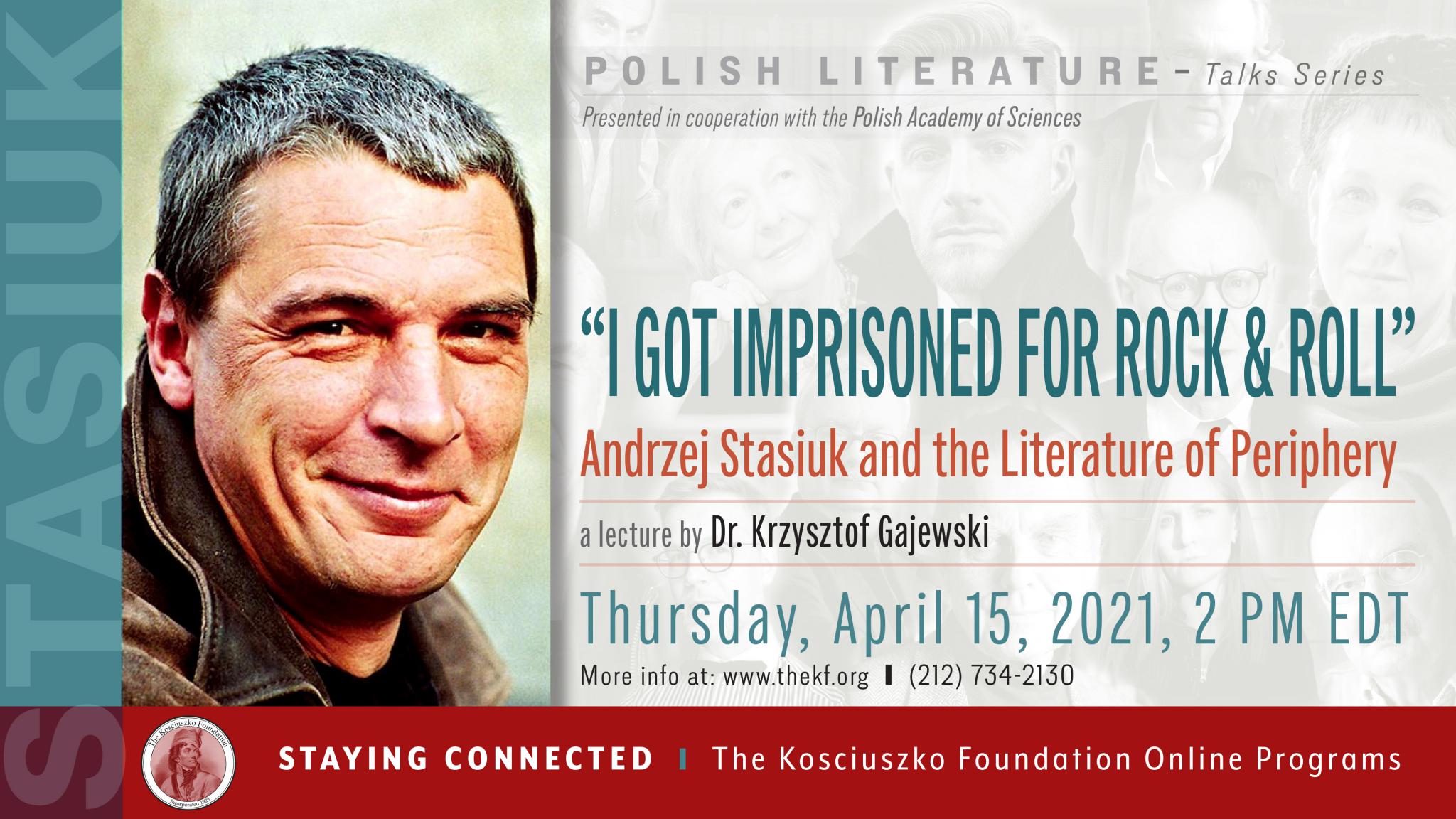 Andrzej Stasiuk (b. 1960) is one of the most renowned Polish writers of the turn of 20 and 21 centuries. In his case, biography is intermingled with the artistic creation and almost inseparable from it. The culture of the United States played a key role in his intellectual formation. He calls himself a child of communism and American pop-culture. Stasiuk's prose's point of departure is a margin and a periphery in sociological, cultural, moral, and geographical meaning. He continually plays a game with his provincial origins, both in social and national dimensions, and seeks to penetrate the global province such as Central and Eastern Europe to find his own private cultural and spiritual center in it.

"I got imprisoned for rock and roll": Andrzej Stasiuk and the Literature of Periphery

– A lecture by Dr. Krzysztof Gajewski

"Huddled in Full Sentences" - Poetic worlds of Ewa Lipska - A webinar on May 18, 4 PM EDT
"Kino Polska: New Polish Cinema". Streaming at BAM, April 30 – May 6, 2021
Online reading of Jolanta Janiczak’s play Detroit. The History of a Hand: April 25 at 1 PM
Being young and Jewish in Poland. "The Return" by Adam Zucker
Artists in the Spotlight - Joanna Tyka, Painter
Politics and Poetics of the Polish New Wave Writers in the 1970s. - A webinar with Jaroslaw Anders - April 8
Artists In The Spotlight Zofie King
Film "Still Life in Lodz" by Slawomir Grünberg
Krzysztof Penderecki in Memoriam
SEE MORE

House for Sale in Prime Middle Village Neighborhood Your Lips can Be Improved or Restored to Their Younger State! Photo Gallery: Coronation of the statue of Our Lady of the Immaculate at St. Adalbert Parish Elmhurst, NY Travel to Poland and Quarantine Scholarships For On-line Polish Language Classes With Jagiellonian University The Importance of Evaluating Traumatic Brain Injury (TBI). Medico-Legal Seminar by Dr. Nasiek 2021 PSFCU Annual Meeting
read more