Politics and Poetics of the Polish New Wave Writers in the 1970s. - A webinar with Jaroslaw Anders - April 8 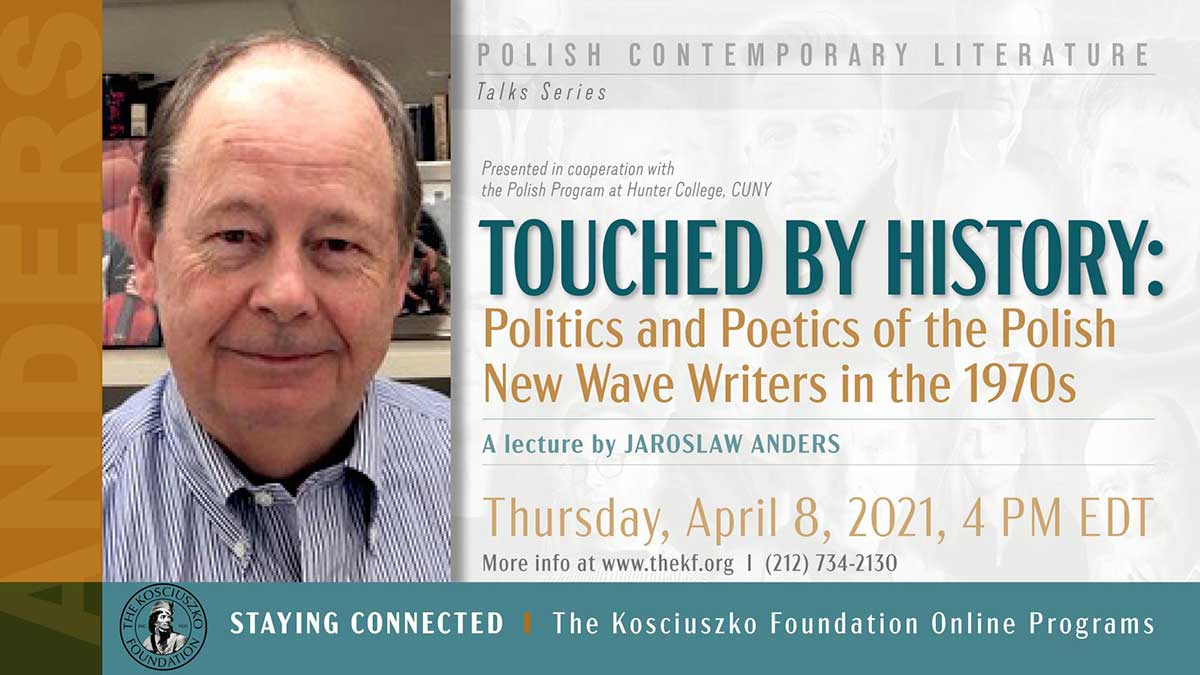 Don't miss out on our next live webinar with Jaroslaw Anders about Politics and Poetics of the Polish New Wave Writers in the 1970s. The talk is dedicated to the memory of Adam Zagajewski.

In the second lecture devoted to a group of poets known as the "New Wave" or "Generation 68," who emerged in the late 1960s and 1970s in response to specific sociopolitical conditions, Jaroslaw Anders continues to discuss their common preoccupations and individual poetic voices that shaped the literary and political sensibilities in the last decades of communism in Poland. Hardly limited to political or social subjects, the poems explored the whole range of experience of their contemporaries while bearing the indelible mark of their collective condition. Their poetry absorbed and transformed the realities of their time into a rich fabric of references that remain relevant until the present day.