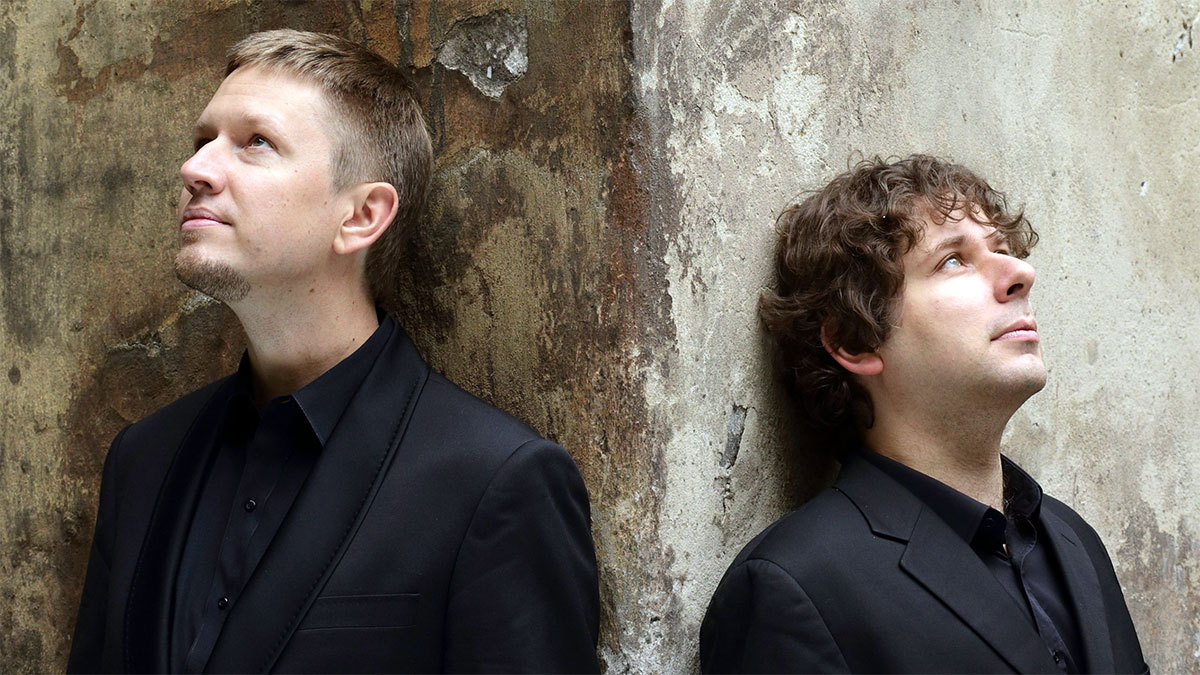 Polish Cultural Institute in NY is a partner of the project. The concert will be streamed from the Center for Jewish Culture in Krakow's historic Kazimierz Jewish Quarter.

Friends since childhood - Kalinowski and Szlezer

began to perform together as Cracow Duo. They studied together in Cracow and Paris and began to perform together almost twenty years ago. Since that time their concerts and recordings received the highest critical acclaim in Poland and abroad, and gained them sympathy of listeners. Musicians performed on the most prestigious stages, including: Alfred Newman Hall in Los Angeles, Carnegie Hall in New York, Salle Cortot in Paris, St. Martin-in-the-Fields in London. Kalinowski and Szlezer share a special commitment for music written by rarely performed Polish composers as well as works by contemporary Polish and foreign composers written specially for them.

"Huddled in Full Sentences" - Poetic worlds of Ewa Lipska - A webinar on May 18, 4 PM EDT
"Kino Polska: New Polish Cinema". Streaming at BAM, April 30 – May 6, 2021
Online reading of Jolanta Janiczak’s play Detroit. The History of a Hand: April 25 at 1 PM
Being young and Jewish in Poland. "The Return" by Adam Zucker
“I got imprisoned for rock and roll”: Andrzej Stasiuk and the Literature of Periphery – A lecture by Dr. Krzysztof Gajewski
Artists in the Spotlight - Joanna Tyka, Painter
Politics and Poetics of the Polish New Wave Writers in the 1970s. - A webinar with Jaroslaw Anders - April 8
Artists In The Spotlight Zofie King
Film "Still Life in Lodz" by Slawomir Grünberg
SEE MORE

Spectacular Condo That Redefines The Idea Of Home Ownership Is Offered For Sale In Middle Village "Huddled in Full Sentences" - Poetic worlds of Ewa Lipska - A webinar on May 18, 4 PM EDT Your Favorite Polish Deli in NJ - Polska Chata Sign Petition to Save Walentyna Janta-Połczyńska House From Being Demolished The Department for the Aging and the NYC Police Department Community Outreach. Webinar for Older Adults Recent CEEC Policy Briefing: Runup to the 2021 NATO Summit Video Constitution of 3 May 1791
read more