Play by Andrew Jacob (aka Andrew Kolodziey) in Los Angeles 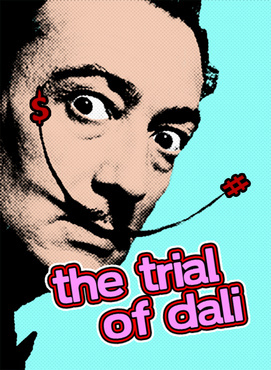 THE TRIAL OF DALI

'The Trial of Dali’ (world premiere).

The Trial of Dali comedy depicts a few weeks of turbulent life of  a flamboyant creator of Surrealism, Salvador Dali, when he and his wife Gala, have returned from New York City to his native Spain governed by the dictator.

It has been written by Andrew Jacob (Andrew Kolodziey), a Polish-American artist and poet living in Los Angeles.

Tickets online: http://www.hollywoodfringe.org/projects/1812 or at the Theater.