A Place to Stand, a documentary film by Anna Ferens - screening at Columbia University in NY 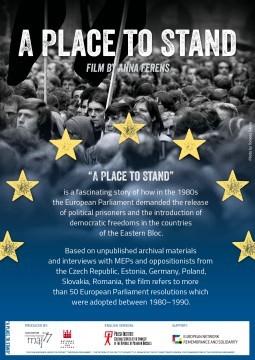 A Place to Stand examines the fall of Communism in Central and Eastern Europe and the role of the European Parliament in the process of the political transformation of Europe during the years 1980-1990. This film also celebrates the tenth anniversary of Poland’s accession to the European Union in 2004.

Based on unpublished archival materials and interviews with members of the European Parliament, the film also features extensive interviews with a number of democracy activists throughout the Eastern Bloc. Moreover, Ms. Ferens’s film highlights over 50 resolutions passed by the European Parliament during the seminal decade that began with the rise of the Solidarity movement in Poland in 1980.

The screening is free and open to the public.