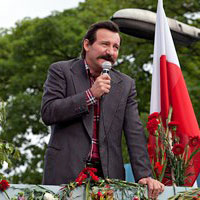 Quarantine Information for U.S. Citizens in Poland Tribute Mass on the 7th Anniversary of the Canonization of St. Pope John Paul II - 04.25.2021 in NYC Enjoy the Breeze on the Beach this Spring & Summer at the Coliseum Ocean Resort in NJ “I got imprisoned for rock and roll”: Andrzej Stasiuk and the Literature of Periphery – A lecture by Dr. Krzysztof Gajewski Demystifying Investment in the USA: Steps for Success - Free Educational Seminar Is There Lead in New York Drinking Water? 13th "Lucky" and Very Successful Medico-Legal Seminar of Dr. Nasiek
read more