Film BLINKY & ME at the UN, NY. A discussion with filmmaker Tomasz Magierski and Yoram Gross will follow the screening 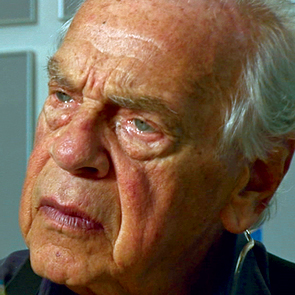 Screening of BLINKY & ME an awarded documentary by Tomasz Magierski at the United Nations, NY

The 2014 observance of the International Day of Commemoration in memory of the victims of the Holocaust is centred around the theme “Journeys through the Holocaust”.

This theme recalls the various journeys taken during this dark period, from deportation to incarceration to freedom, and how this experience transformed the lives of those who endured it. BLINKY & ME is a story of pain and suffering, yet ultimately also of triumph and renewal, serving as a guiding force for future generations.

This documentary film tells the life story of Yoram Gross, a Holocaust survivor and iconic Australian animator. Through discussions with his five grandchildren, Gross recounts his family’s experience in hiding and narrow escapes from the Nazis in Poland. The film follows the artist through his childhood there, to Israel and finally Australia where he settled with his wife to raise a family. His early work as an animator eventually led to the creation of the animated popular television series “The Adventures of Blinky Bill”, adapted from the children’s books by Dorothy Wall. In Mr. Gross’ animated series, many of Blinky’s encounters are based on Yoram’s own childhood experiences while running from the Nazis. This heart-warming film leads viewers to reflect on the human tragedy of the Holocaust, and the unrealized potential of those that were lost. H.E. Ms. Philippa Jane King, Deputy Permanent Representative of Australia to the United Nations and Under-Secretary-General Peter Launsky-Tieffenthal will open the film. A discussion with filmmaker Tomasz Magierski and Yoram Gross will follow the screening. The film screening is open to all.