Concert on the Occasion of the Canonization of Blessed John XXIII, and Blessed John Paul II at Constitution Hall in Washington DC 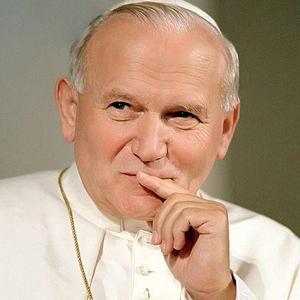 At the Cathedral of St. Matthew the Apostle, Archbishop of Washington, Cardinal Donald Wuerl, together with Ambassador Ryszard Schnepf, eminent conductor Sir Gilbert Levine and Chairman of the Board of Directors of the University of Georgetown, during a special press conference, informed American and Polish journalists of a unique musical event being prepared on the occasion of the canonization of Popes John XXIII and John Paul II.

On May 5th, 2014, Constitution Hall in Washington DC will hold a special concert entitled "Peace through Music ' In Our Age' ", planned as a musical tribute to two great pontificates of Popes, who will be elevated at the altars, a week earlier in Rome. The title of the concert referring to the Declaration adopted at the Second Vatican Council, has symbolic reference, and emphasizes, the particular merit of Popes John XXIII and John Paul II in the field of interreligious and intercultural dialogue, through promoting tolerance and mutual respect.

When asked by reporters about the unique nature of the planned concert , Ambassador Ryszard Schnepf pointed to the importance of the "special message of peace and dialogue that can only come from a place as fitting as the capital of the United States." He also added that it will be "an extraordinarily respectful form of honoring the achievements and legacy of the late John Paul II, also in view of the 25th anniversary of the 1989 elections, which brought victory to Solidarity and initiated democratic changes in Poland"

Due to the cooperation of the Archdiocese of Washington, the Embassy of the Republic of Poland in Washington DC, and Georgetown University, 4000 admirers around the nation’s capital, and many millions of people on television (broadcast on PBS , U.S. public television; with retransmissions likely by many stations worldwide) will now be able to experience this great artistic and spiritual event. An international team of musicians will include, among others, the Kraków Philharmonic Choir, conducted by American, Sir Gilbert Levine dubbed "the papal maestro" due to his close cooperation and friendship with John Paul II. Already a number of distinguished guests have expressed their willingness to participate in the event, among them, one of the closest collaborators of Pope John Paul II, Cardinal Stanislaw Dziwisz.