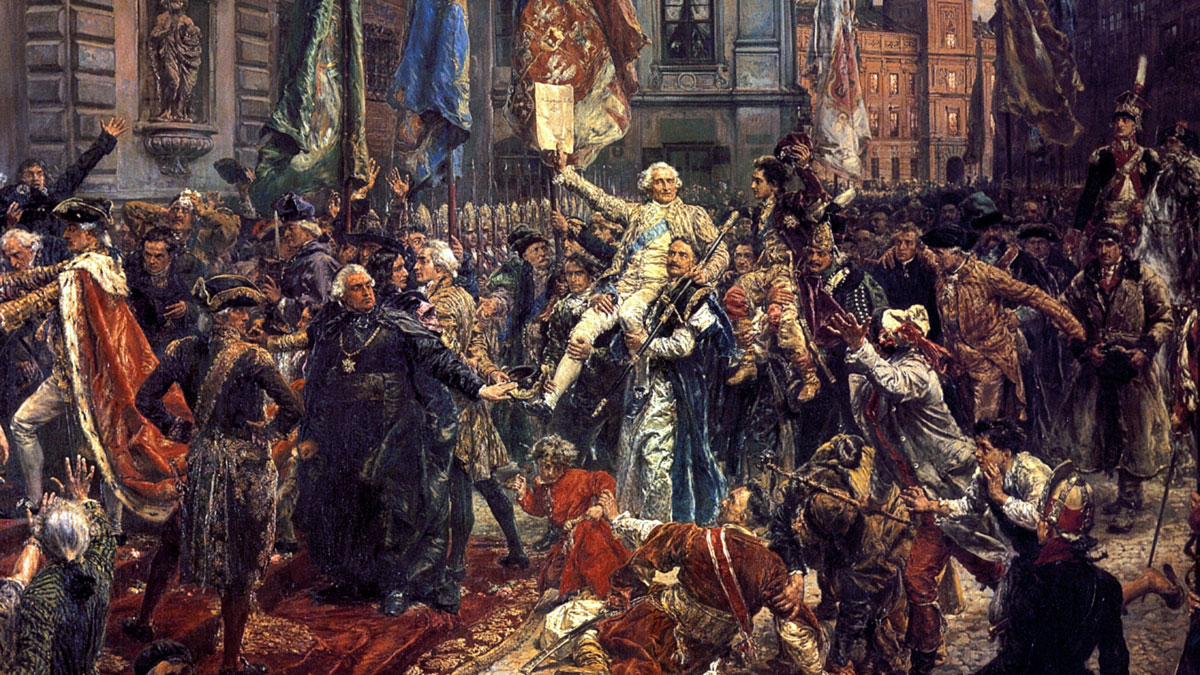 230 years ago, on May 3, 1791, the 3 May Constitution was adopted in a bid to reform the Commonwealth and protect its unity.

The Constitution did not save Poland from partitions, but its principles endured in the and minds of Poles throughout their 123-year struggle for independence.

The Constitution of 3 May 1791 combined a monarchic republic with a clear division of executive, legislative, and judiciary powers. It is generally considered Europe's first and the world's second, modern written national constitution, after the United States Constitution that had come into force in 1789. 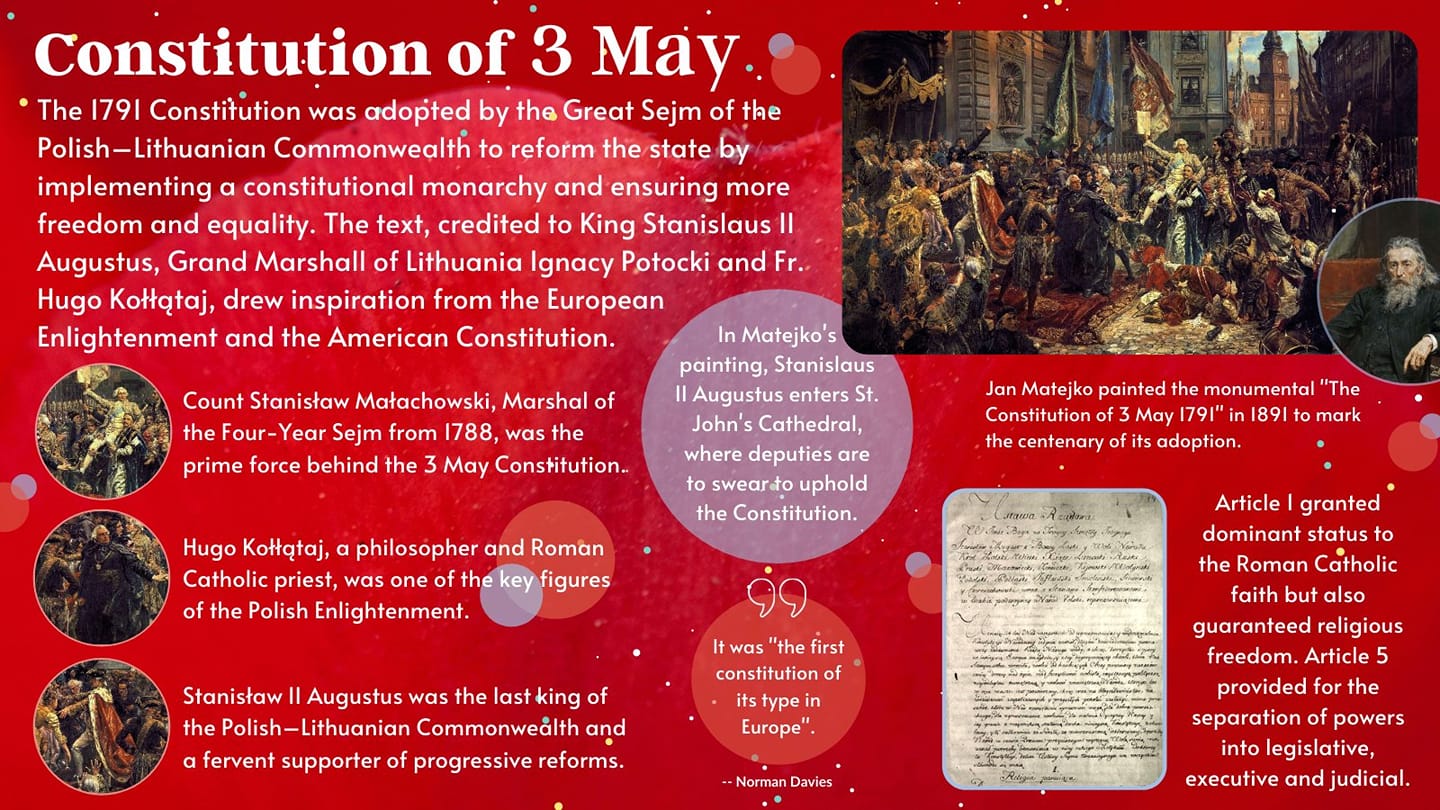 Online Educational Program "The Pilecki Project" for Institutions and Associations in the United States of America and Canada
U. S. Embassy in Poland. Travel Information for U.S. Citizens - Alert
Celebrate Poland's Independence Day!
Polish Duchess Turns 30 Years Old
The 76th Anniversary of the Outbreak of the Warsaw Uprising
In 2020, Poland Can Have the Largest Drought in 100 Years.
Nancy Pelosi and Congressional Delegation Conclude Poland Visit to Mark 75 Years Since Liberation of Auschwitz
Poland: Angela Merkel's Historic First Visit to the Auschwitz
State Archaeological Museum exhibits restituted early Medieva. The opening of the “Lost-Found” exhibition.
SEE MORE