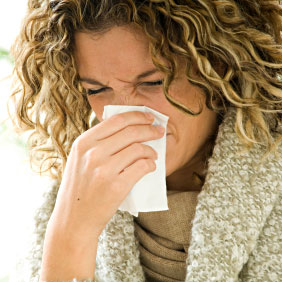 April 27, 2009 – The Health Department today announced that four days of close monitoring has yet to show any increase in reports of severe respiratory illness in New York City. The agency is investigating a cluster of illness at the St. Francis Preparatory School in Queens, where 100 students missed classes because of flu-like illness last week. Daily calls with hospitals and monitoring of admissions have yet to suggest a wider or more severe outbreak.

As part of the investigation, the Centers for Disease Control and Prevention today confirmed swine flu in an additional 20 people associated with the St. Francis Preparatory School. All of the patients of suffered only minor illness. None have required hospitalization, and nearly all are already improving. The total number of cases in New York City now stands at 28.

The Health Department has also identified 17 more probable cases within the St. Francis school cluster. Nasal swabs from those patients are undergoing confirmatory testing at the CDC. A similar virus has recently caused deaths in Mexico, but there are no severely ill people in New York City with suspected swine influenza. All of the U.S. patients have fully recovered or are recovering.

The Health Department is closely monitoring health trends in New York City for evidence of a wider outbreak. Agency officials are also speaking regularly with all hospitals in New York City, and the agency’s syndromic surveillance system is monitoring numerous indicators, such as hospital admissions and emergency department visits, for increases flu-like illness. Moderate increases were observed over the weekend, but their significance is unknown.

The federal government confirmed this weekend that it will release antiviral medication from the Strategic National Stockpile to prevent shortages in New York City should they occur.

Swine flu is a respiratory infection caused by influenza type A viruses. It is rare in people, but human infections can occur. Human cases typically involve people who have had direct contact with pigs, but likely person-to-person transmission has now been reported in California, Texas, Mexico and New York City. Again, the cases in Mexico have had a high fatality rate, but the confirmed cases in the U.S. have been mild and all patients have recovered without treatment.

The symptoms of swine flu in people appear to be similar to the symptoms of regular seasonal flu and include fever, cough, sore throat, body aches, headache, chills and fatigue. Some people have reported diarrhea and vomiting as well. New Yorkers experiencing severe symptoms, such as difficulty breathing, should seek health care and treatment. Otherwise, the Health Department recommends at-home care.

The Health Department will continue to work with medical providers to test flu patients who develop severe illness or are associated with clusters, but does not currently recommend testing for all flu patients. Antiviral medications are believed to be effective if patients begin treatment within 48 hours of becoming ill. Treatment is particularly important for people with severe illness and those at risk of complications from flu, such as young children, the elderly, and people with chronic medical conditions.

Eating pork or pork products cannot spread swine flu. The most effective way to lower the risk is for people with fever and either cough or sore throat to stay home. All New Yorkers should cover their mouths when they cough. Additional precautions:

Wash your hands often with soap and water, especially after you cough or sneeze. Alcohol-based hand cleaners are also effective.
Try to avoid close contact with sick people.

For facts about influenza, and more information about swine flu, please visit the Health Department and CDC websites. Some specific resources: