Court Action in Defense of The Katyn Monument in Jersey City 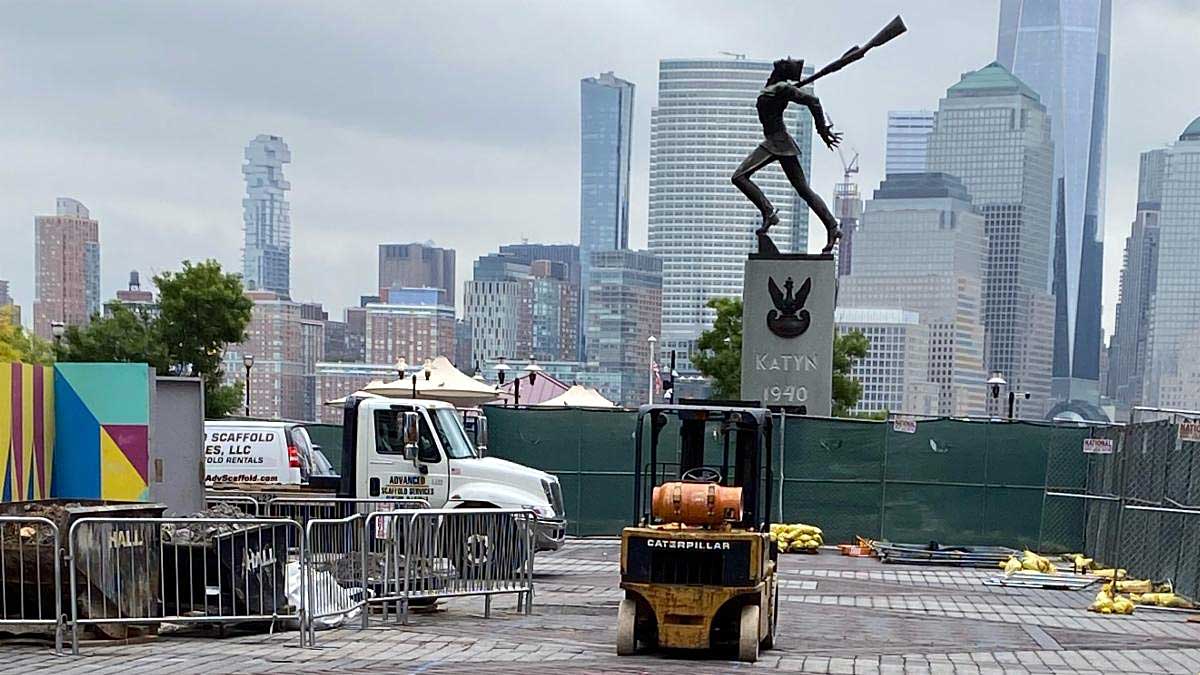 The Jersey City Katyn Monument landmark, an important symbol of the WW2 genocide of Poles, is under attack again by local groups with evident commercial and political interests.

Their previous attempts to dismantle the monument and relocate it to the middle of a smelly storm drain were successfully thwarted. Unfortunately, they are now pushing forward with a new plan that obstructs the monument's view and restricts the public’s access to it. Their planned removal of the decorative apron not only defiles the integrity of the artistic vision of Andrzej Pitynski, the monument’s creator, it also threatens the monument’s structural integrity and stability. The removal of the apron was irresponsibly approved by the Jersey City Planning Board without any structural calculations or requisite discussion. If the worst scenario is realized and the monument shifts to one side, however minimal it might be, the city will likely be forced to condemn it because it would threaten public safety. Also, the lack of proper ingress and egress raises public safety concerns. Furthermore, the arrogant and dismissive behavior of the Exchange Place Alliance’s representatives toward the public adds needless insult to injury. 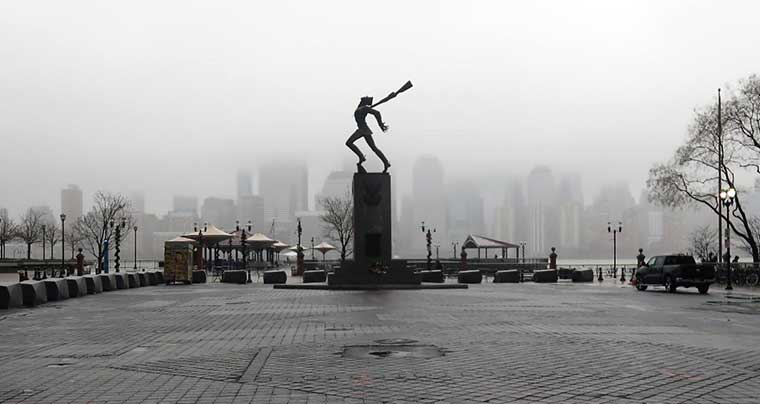 We are asking for your help in defending the venerated Katyn Memorial which stands prominently in Exchange Place, Jersey City, NJ. This 34-foot-tall monument is dedicated to the victims of the horrific WW2 Katyn Forest genocidal mass murder. For over 30 years this monument has hosted memorial ceremonies, wreath layings, and visits by numerous dignitaries including President of Poland, Andrzej Duda and his wife. Ironically, this monument also witnessed the attack on the World Trade Center in 2001, which produced the now iconic images of the Katyn Memorial in the foreground while the Twin Towers on the opposite side of the Hudson River burned and collapsed. A plaque commemorating the victims of 9/11 was created by Andrzej Pitynski and added to the memorial’s granite plinth.

Now in 2022, a new attack on the Katyn Memorial has begun. A 7-foot-high physical and visual barrier is to be installed on its three sides, thereby permanently restricting all gatherings and ceremonies formerly held in front of the monument while facing east over the Hudson River to the New York City skyline. This barrier design is a blatant assault and insult to the Polish community, the memory of those who were murdered in the Katyn Forest, and the lives lost in the 9/11 tragedy. Equally egregious, this obstruction defiles Andrzej Pitynski’s artistic vision and intent.

On June 24, 2022, PASI and PASI EDU, together with Jersey City resident and ally Jeanne Daly, filed a court action in defense of the Katyn Monument. This action is against both the Jersey City Planning Board and the Exchange Place Alliance, the same “non-profit” shell entity consisting of corporate developers and Jersey City major, Steven Fulop's campaign donors who initiated the removal of the Katyn Memorial in 2018. We are seeking to overturn May 10, 2022, Jersey City Planning Board’s approval of the current plans submitted by the Exchange Place Alliance and send them back to the Planning Board for a thorough review based on unrestricted public input.

Time is of the essence!

On July 16, 2022, the Monument was suddenly enclosed with a chain link fence that was erected without publicly-announced justification or the required permits. Join us in opposing the vengeful destruction of the Katyn Monument! Contact Jersey City Council members and express your disapproval of the Exchange Place Alliance’s deceitful actions! Support the court action and join our political action group!

Please contact us with any questions you might have.
We thank you for your support in this critically important matter.