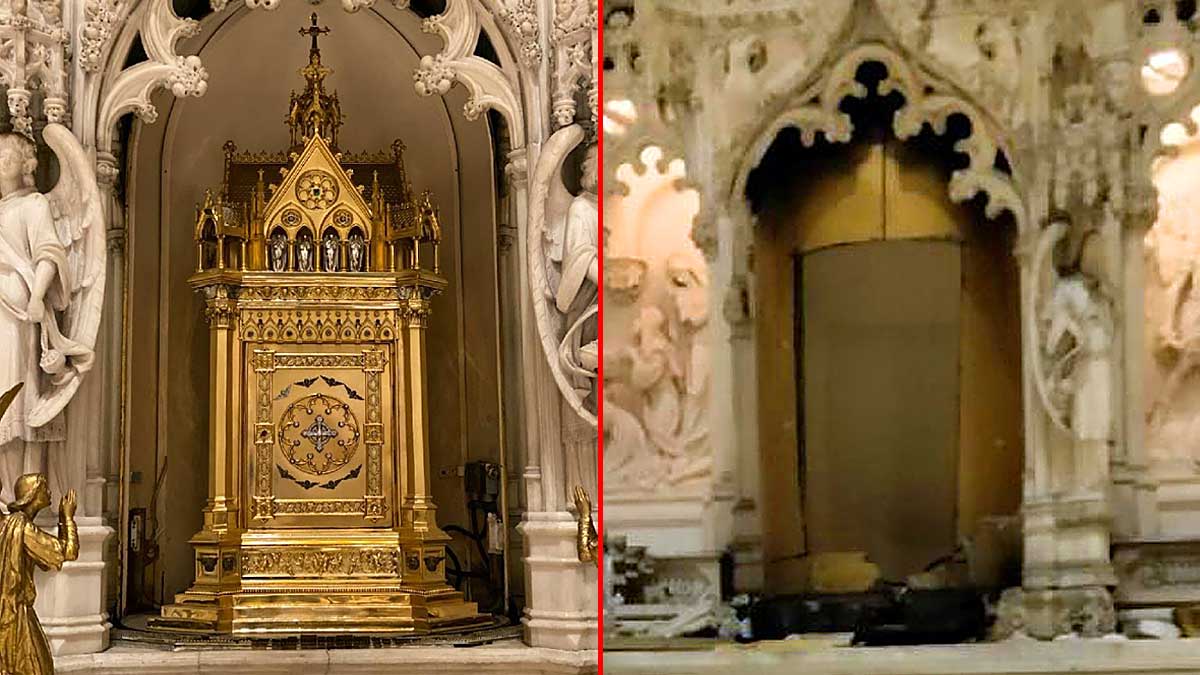 The Roman Catholic Diocese of Brooklyn is announcing the New York City Police Department is investigating a brazen crime of disrespect and hate, which desecrated the most Holy Eucharist and the altar at St. Augustine Catholic Church, located at 116 6th Avenue in the Park Slope section of Brooklyn.

The burglar cut through a metal protective casing and made off with the Tabernacle, which dates back to when the church was built in the late 1800s. This holy sacramental receptacle is irreplaceable due to its historical and artistic value. The angels which flanked the Tabernacle were decapitated and destroyed, and the Holy Eucharist housed inside the Tabernacle was thrown all over the altar.

“This is devastating, as the Tabernacle is the central focus of our church outside of worship, holding the Body of Christ, the Eucharist, which is delivered to the sick and homebound,” said Father Frank Tumino, pastor of St. Augustine. “To know that a burglar entered the most sacred space of our beautiful Church and took great pains to cut into a security system is a heinous act of disrespect,” continued Tumino.

The burglary is suspected to have taken place on Friday, May 27, and was discovered by the pastor on Saturday, May 28. A safe in the sacristy was also cut open, but nothing was inside. Photos of the damage, as well as the video of the original Tabernacle, are attached.

Anyone who may have information that can help police with their investigation is asked to call the NYPD at 1-800-577-TIPS (8477).