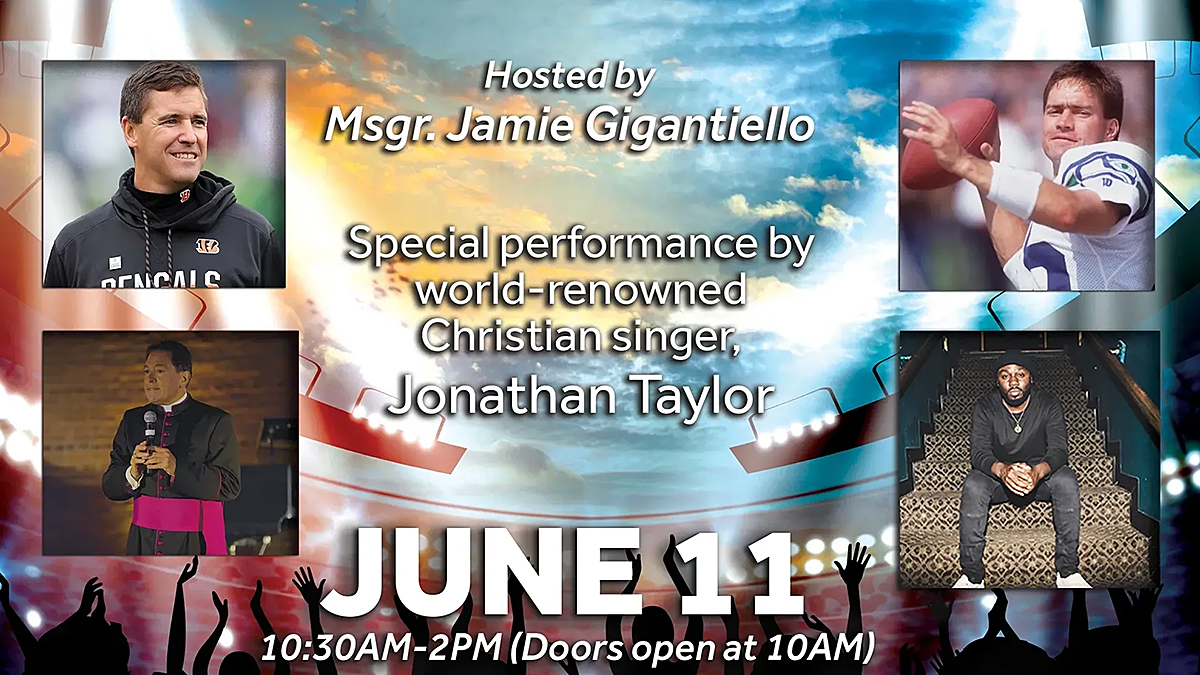 “Men don’t need to be lonely, discouraged, or dissed. Men need a team – a couple of deep friends and a real relationship with the perfect man, Jesus, and with the perfect Father. God wants that friendship and teamwork for all guys so we can overcome life’s blitzes and win for those who need us,” said Jeff Kemp.

Jeff Kemp played 11 seasons as an NFL quarterback with teams including the Seattle Seahawks, the Philadelphia Eagles, the Los Angeles Rams, and the San Francisco 49ers. Mr. Kemp is also the author of “Facing the Blitz: Three Strategies for Turning Trials into Triumphs.”

Bill Lazor is the current offensive coordinator for the Chicago Bears a position previously held with the Miami Dolphins and Cincinnati Bengals. Mr. Lazor has also served as a quarterbacks coach for the Seattle Seahawks, Washington Redskins (Commanders) and Philadelphia Eagles.

James Wahlberg serves as the executive director of the Mark Wahlberg Youth Foundation. Mr. Wahlberg has used his talents to create films designed to raise awareness about opioid and alcohol addiction, encouraging those struggling to turn to Jesus Christ for hope. His films include: The Circle of Addiction: A Different Kind of Tears (2018) and What About the Kids? (2020). He is the author of The Big Hustle: A Boston Street Kid’s Story of Addiction and Redemption.

Tickets are $25 per person, with group rates available, and can be purchased online at www.itickets.com/events/465752. For more information or sponsorship opportunities, call (347) 675-3480 or email info@emmausbrooklyn.org.

The Emmaus Center is located at 288 Berry Street in the Williamsburg section of Brooklyn.