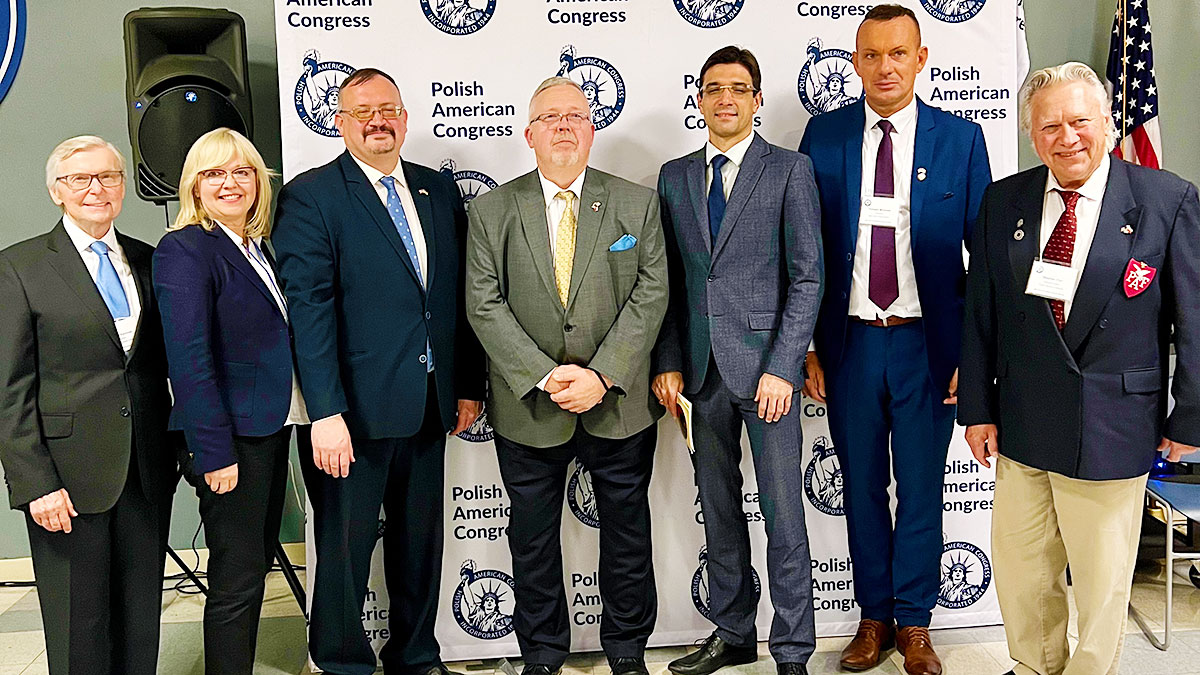 The 2022 Polish American Congress (PAC) Council of National Directors’ Meeting was held Oct. 19-20 at the Polish National Alliance (PNA) in Chicago. The PAC meeting was a very successful discussion of current issues affecting Polish-Americans and Poland.

The officers of the Executive Committee are:

All officers were in attendance except for Mrs. McLees, who was excused. 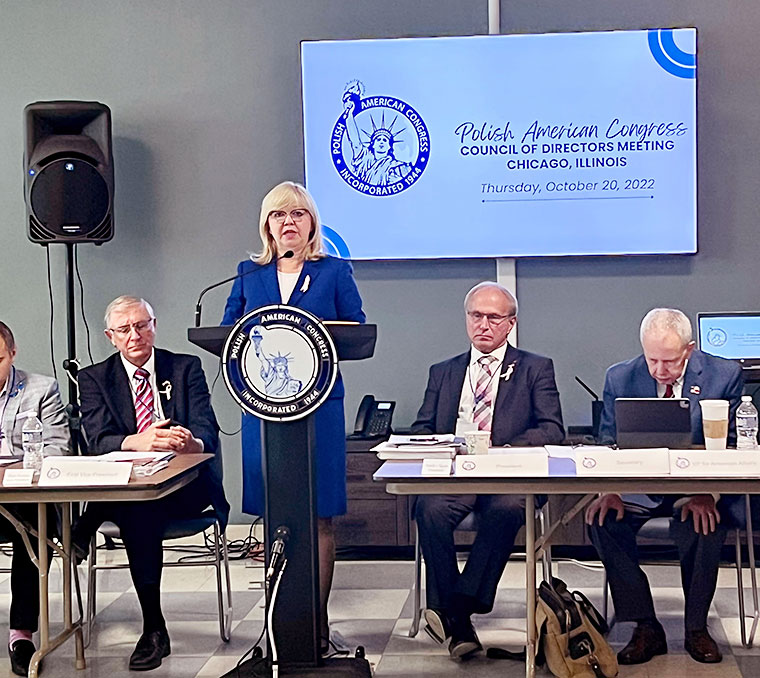 The PAC CND this year was the first in-person meeting since the November 2019 event in Chicago. The National Directors were very pleased to see each other again after the hiatus due to COVID-19. There was no meeting in 2020, and in 2021, a virtual meeting of the CND took place via ZOOM, organized by Secretary Kuzma, which included the first-ever virtual elections of Executive Committee Officers.

First, Putin's war against Ukraine was a topic at this year's meeting.

The CND voted to approve a “Ukraine Resolution.” The main point of this document is to show support for Ukraine and its efforts to join NATO and to request funds for Poland to pay for the care of several million refugees from Ukraine. 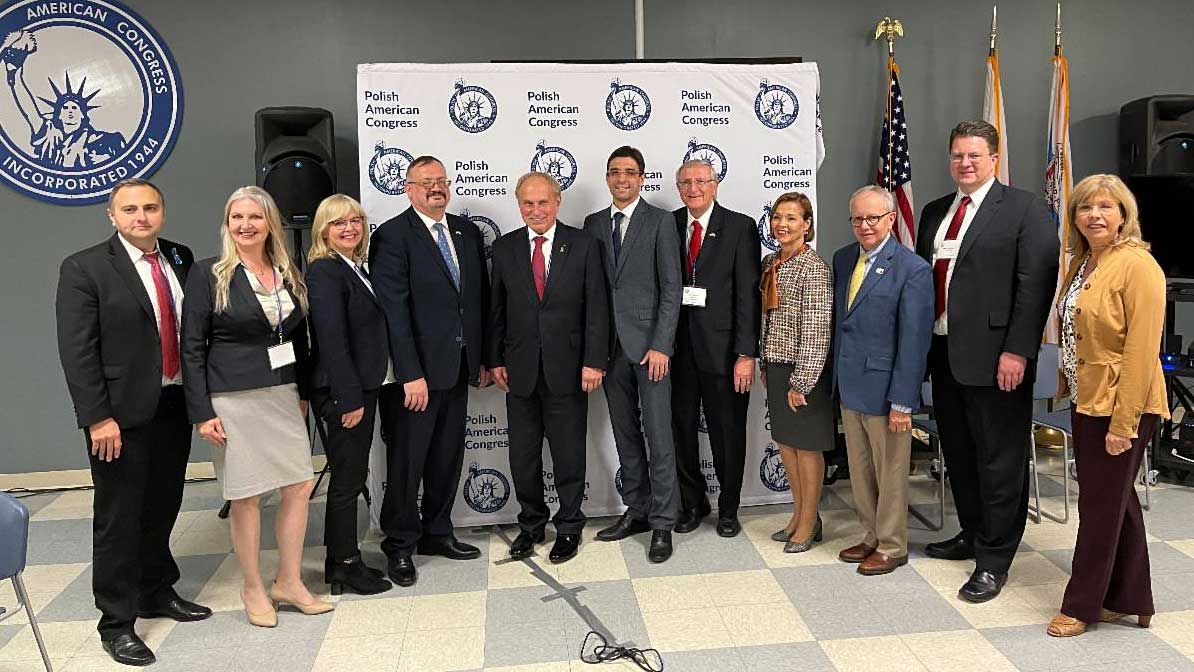 Since the Russian invasion of Georgia in 2008, the Polish American Congress has been doing its best to persuade both policymakers and public opinion that Putin's aggression against Russia's neighbors threatens not only Poland but America and all NATO countries.

Finally, there is wide support today for the strong position against Moscow’s aggression that the PAC has been putting forward since former President of Poland Lech Kaczyński visited Tbilisi in August 2008 during the Russian invasion of Georgia.

The PAC, with indispensable support from Polish National Alliance media, raised more than $250,000 in a Radiothon on WPNA FM, “Polonia for Ukraine,” to assist Ukraine and Poland in its support of Ukrainian refugees.

at a luncheon at Chicago's Union League Club in Chicago, which was organized by the PAC and sponsored by the Polish National Alliance. Ambassador Brzezinski announced Poland's $24 billion rearmament program that involves the purchase by Poland of defense equipment produced by American firms.

The PAC will work with our friends in Congress to be sure that Poland receives favorable treatment on future purchases of defense equipment.

President Spula made it clear that the United States and Poland have been partners in freedom for nearly 250 years since the American Revolution and the War for Independence. 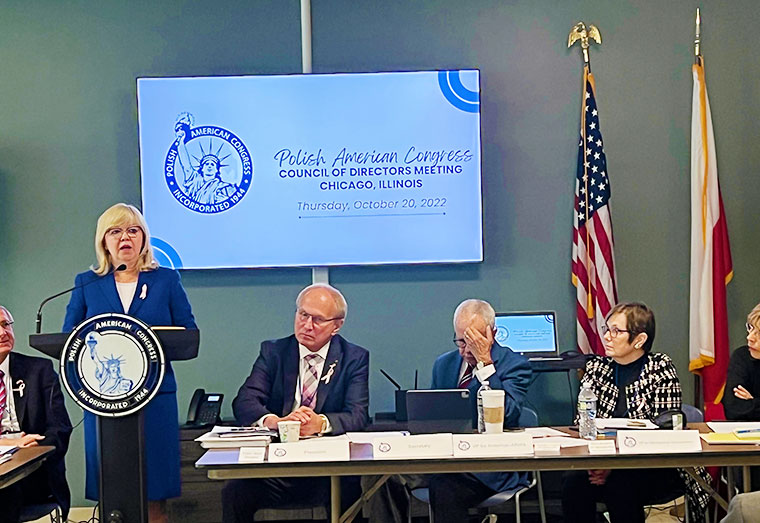 Now, therefore, be it resolved that the Polish American Congress urges President Biden and the administration to: 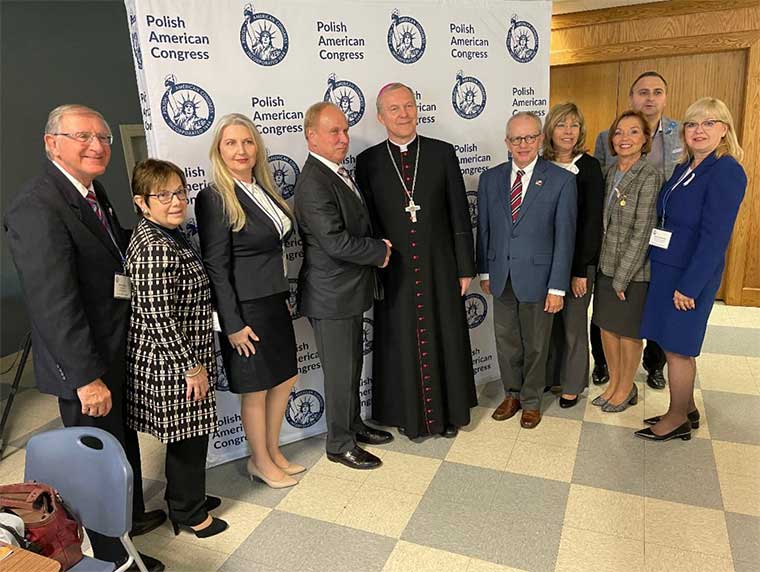 Executive Committee Officers of Polish American Congress with Delegate of the Polish Bishops' Conference for the pastoral care of the Polish emigration, Bishop Piotr Turzyński.