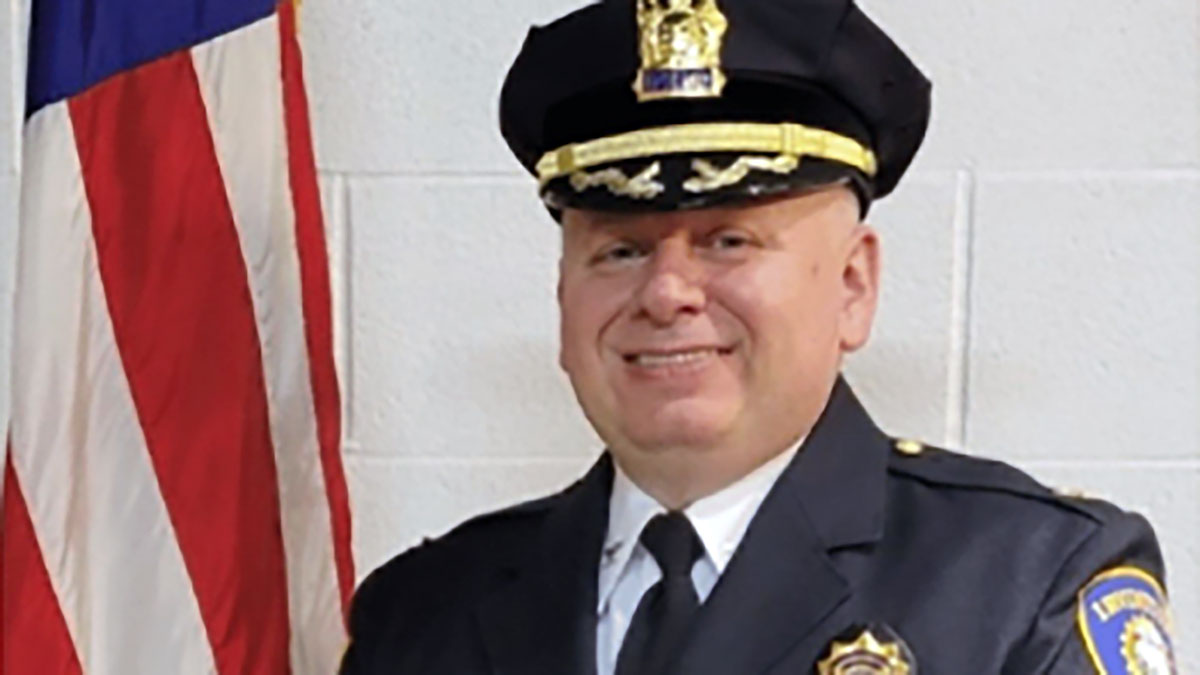 You must R.S.V.P. in writing to attend. Should you have any questions, please contact either the 2023 Grand Marshal elect; Franciszek R. Piwowarczyk via e-mail at pulaskigm2023@gmail.com or President Richard D. Zawisny at (718) 499-0026 or via e-mail at pulaski_parade@verizon.net. There is very limited space available due to the attendance size constraints at the Consulate.

Detective Deputy Chief of Police, (Colonel) Franciszek R. Piwowarczyk, was born on July 30, 1975, in Poland. One of four children to Dorota & Franciszek Piwowarczyk. In 1992 the Piwowarczyk family immigrated to the United States of America, ultimately establishing their roots in the State of New Jersey.

As a young Polish immigrant, Chief Piwowarczyk was guided by the principles of hard work, discipline, and a determination to succeed. He prospered in various business ventures, including real estate investments and a Texaco franchise ownership. He ultimately decided to dedicate his life to civil service.

With less than five years on the police force, he was elevated to the status of Police Detective, a title which he proudly holds to this day. He quickly rose through the ranks, and earned the title of Deputy Chief of Police, which is the highest position within Irvington Police Department.

Throughout his law enforcement career, Chief Piwowarczyk has served in various assignments, including patrol operations, street crimes, internal affairs, professional standards, training academy, and fleet management. He is also a certified police instructor who often plays a leading role in recruitment and training of future law enforcement officers. As a commanding officer, he led the criminal investigation bureau and to this day he is the officer in charge of the Office of Internal Affairs.

In 1996, Chief Piwowarczyk married Agata Nycz. They are the proud parents of two children, Kevin (25) and Adrianna (19). The Piwowarczyk family currently lives in Harmony Township, New Jersey. Both children graduated from St. Casimir Polish secondary school where they learned about their Polish traditions, language, and culture. In his personal life, Chief Piwowarczyk enjoys spending quality time with his family. He likes to travel, and as an FAA certified pilot, has a passion for civil aviation. The Piwowarczyk family are devoted Catholics and parishioners of St. Casimir Church in Newark, New Jersey, where the Chief volunteers his time and currently serves as the Chairman of the Parish Finance Council. In 2014, Chief Piwowarczyk was elected as the Newark Division Marshal of the Pulaski Parade, where he led the Newark contingent at the 77th Annual Pulaski Day Parade in New York City.

In 2015, Chief Piwowarczyk was appointed to Supervisory Committee of the Polish and Slavic Federal Credit Union, the largest ethnic Credit Union in the United States. In 2018, he was elected to the Board of Directors of the Credit Union where he served on the executive board as the treasurer and secretary. He is currently serving his second term.
In October 2022, The General Pulaski Memorial Parade Committee members nominated and elected Chief Piwowarczyk to be the 86th Grand Marshall of the Annual Pulaski Day Parade for year 2023.

In his life Chief Piwowarczyk has been guided by most cherished family values passed down through generation, which to this day accompany him in all personal and professional endeavors.

Celebrating Black History Month with Kosciuszko’s Legacy
Tadeusz Kosciuszko Birthday Celebration at the Kosciuszko Foundation in New York
A Book Talk with dr Eva Hoffman Jedruch via Zoom and in Person at the Graduate Center, CUNY
Carnivale 2023 in New York at Russo's On The Bay
Auction of Jacek Gulla in NYC
Kids' Ball in Greenpoint
The Federal Government Spending Bill, Passed by Congress Last December, Included Funding of $750,000 for the Polish and Slavic Center
Valentine's Day Dinner Dance in New York at Russo's on the Bay
Santas... Santas... - An Art Exhibit and Christmas Carols Singing by Young Artists in NYC
SEE MORE