The Most Popular Polish Song and Dance Ensemble "ŚLĄSK" in the USA. Buy tickets now! 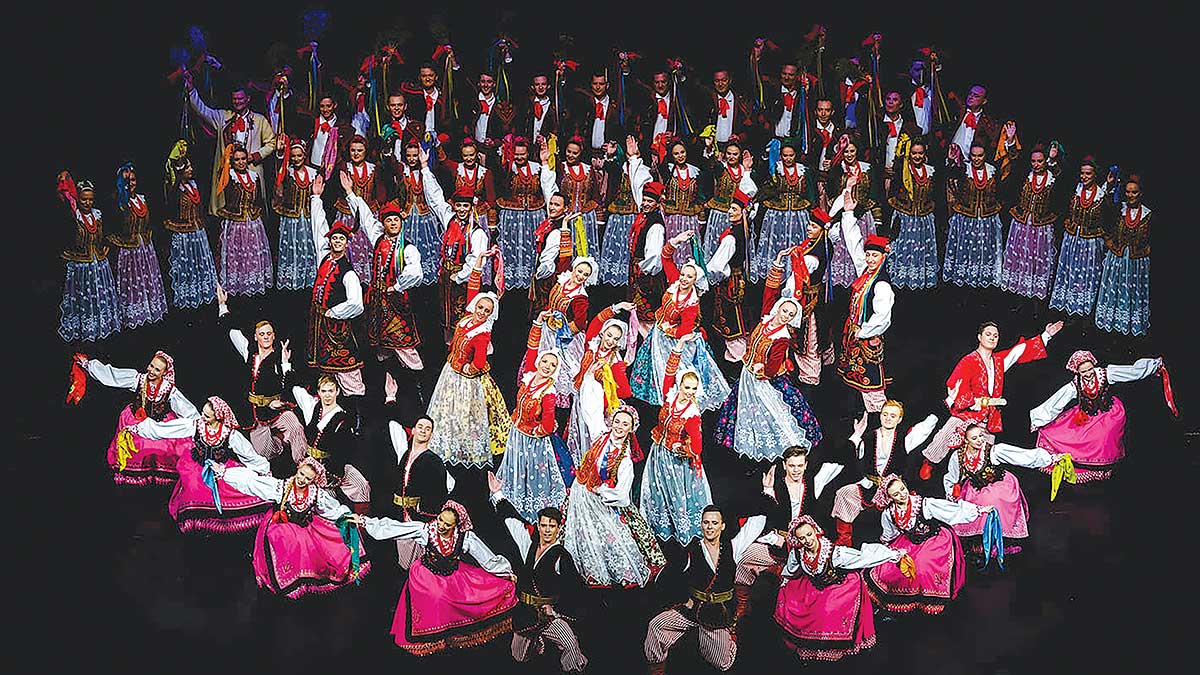 Dziennik Polonijny in the U.S., media sponsor, invites you to performances by the "Silesia" ensemble. The "SLĄSK" TOUR - Around the World in 80 Minutes" is a vibrant and artistically and culturally diverse stage presentation, in which a colorful array of songs and dances characteristic of European and non-European countries is presented against the most popular Polish folk songs from the rich repertoire of the Song and Dance Ensemble "ŚLĄSK".

The dynamics of the concert and the colorful stage costumes create a spectacle which takes the audience into the world of picturesque folk culture from different parts of the world.

The most beautiful and characteristic dances and songs of many European and world nations create a thrilling spectacle, leaving the audience in awe. The vocal repertoire includes songs arranged by Stanislaw Hadyna: Greek "Athina" or Slovak "Tańcuj, tańcuj". The program also includes "La Montanara" – a song representing Italian folk culture, in a musical arrangement by Ireneusz Łojewski as well as "O sole mio" - the most popular Neapolitan song by Eduardo di Capua, in a thrilling rendition by the tenors of the "ŚLĄSK" Ensemble. The atmosphere of Parisian streets is evoked by the song "Ca c'est Paris" composed by Jose Padilla and arranged by Krzysztof Dziewięcki. The audience will be taken to Germany for a moment by the song "Heidenröslein" by Franz Schubert, arranged by Stanisław Hadyna. The programme also includes captivating European dances choreographed by Juraj Kubanka: the Greek "Zorba", Slovak, Hungarian and Romani dances, as well as Irish dances choreographed by Renata Łabędź. The nostalgic song "Greensleeves", on the other hand, introduces the atmosphere of the British Isles.

The song "Jidai" performed by the choir of the “ŚLASK” Ensemble in Japanese will take the audience to the picturesque Land of the Blossoming Cherry.

A novelty in the program - "SLĄSK TOUR - Around the World in 80 Minutes" - received very warmly by the audience. – “Chassidic Dances", choreographed by the "ŚLĄSK" head of ballet, Michail Zubkov, is another artistic proposal of the Ensemble, thanks to which the artists take the audience in an extraordinary way to the fascinating regions of the Middle East.

"ŚLĄSK" TOUR - Around the World in 80 Minutes. Artistic inspirations of the Song and Dance Ensemble "ŚLĄSK’ in shaping the intercultural dialogue. Poland at the crossroads of cultures from Japan, through Israel to the USA, co-financed by the Polish Minister of Culture and National Heritage within the framework of the ‘Inspirational Culture’ Program.

Miss World Karolina Bielawska is Confirmed to Attend Pulaski Day Parade and Banquet
Save the Date for the Capital Region’s PolishFestNY 2022 in Albany, NY
Dr. Joanna Maria Badmajew of NY, New York, Passed Away on July 8th 2022
Art Classes for Children "Little Picasso" in Greenpoint. Summer 2022
In-Person Meeting with dr Eva Hoffman Jedruch in Greenpoint
Become KF Member and Win Round Trip Tickets to Poland with LOT Polish Airlines
Election to the Board of Directors and Audit Committee of the Polish and Slavic Center Inc. in New York
Meresha: Polish-Born Artist to Have Concert in Brooklyn. May 29, 2022
KF Webinar Panel Discussion: Operation L - Polish Efforts to Save Afgan Judges and Lawyers
SEE MORE