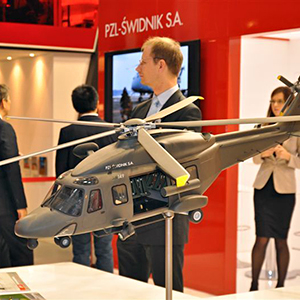 We have the pleasure to invite you to the 13th BALT-MILITARY-EXPO Baltic Military Fair, June 24-26, 2014 at the AMBEREXPO Exhibition & Convention Centre, Gdańsk. BME is held in close partnership with Poland’s General Command of Branches of Armed Forces Inspectorate for the Navy.

Organised since 1998, BALT-MILITARY-EXPO has close ties to the sea and the coast. It focuses on maritime safety and security, the latest defence systems, sea and land rescue and is dedicated to the Polish Navy, to other types of armed forces and to the services subject to Poland’s Ministry of Interior.

The Polish Navy and Poland’s other armed forces are in the process of implementing the Technical Upgrade Plan of December 11, 2012 and the previously ratified 2013-2022 Polish Armed Forces Development Programme. The modernisation processes in the Border Guard, Police and State Fire Service are also continued. The Polish Armed Forces and National Security Services look forward to seeing the products from weaponry, equipment and gear manufacturers and they encourage you to take part in their upgrade processes. Balt Military Expo 2014 will be an excellent opportunity to present the latest and most groundbreaking products and solutions dedicated to armed forces.