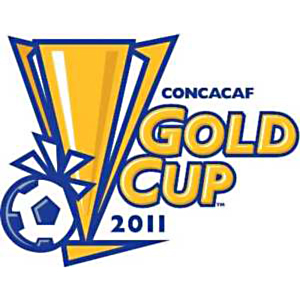 DETROIT - In a recent friendly near Boston, the U.S. was outmatched early in front of 64,121 fans, losing to current FIFA World Cup champions Spain, 4-0.  The young and inexperienced U.S. Men’s National Team will now take on Canada in a North American Gold Cup match at Comerica Park.  It was the largest turnout ever for a soccer game in Foxborough, Massachusetts.

Wearing their red jersey for the third international friendly in a row, the U.S. had much less possession time and could not penetrate Spain’s defense.  There was a lack of quality scoring chances for the home team.

Grass turf is being installed at Comerica Park for the international match here.  The U.S. will be eying its fifth CONCACAF Gold Cup title. They are in group ‘C’ with Canada, Guadeloupe and Panama.  Guadeloupe will take on Panama at 6:00 PM and the Canada versus USA at 8:00 PM on Tuesday in Detroit.  This marks the first U.S. National Team appearance in the area since 1994.  A World Cup game was played at the Pontiac Silverdome then.

The Gold Cup winner will represent CONCACAF in the 2013 Confederations Cup in Brazil.  The championship game will be at The Rose Bowl in Pasadena, Calif., on June 25.  A quarter-finals doubleheader will take place Saturday June 18, at the Meadowlands.

Canada, which has been training in Thornhill, Ontario, last played in a 2-2 tie with Ecuador.  Veteran Mike Klukowski (MKE Ankanagucu) of Oshawa will be making his 31st cap for Canada.

Chris Wondolowski (San Jose Earthquakes) and Eric Lichaj (Leeds, England) are expected to start for the U.S.  They both got quality playing time in the international match against Spain.  Landon Donovan (Los Angeles Galaxy) leads all U.S. scorers with 45 career international goals.

‘Wondo’ is an all around athlete as he was the starting second baseman for the Danville Rockies (California) baseball team.  They went on to capture the 1997 PONY League (13-14 yr. old) World Series Championship.  His brother, Stephen Wondolowski also plays professional soccer.